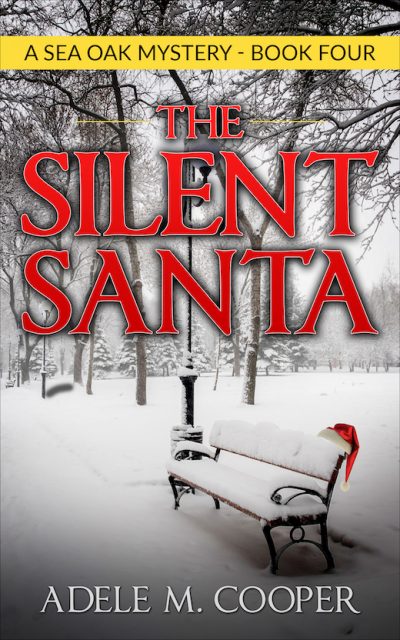 Investigative reporter April Longmont is collecting funds for the needy as a ringing, singing, dancing volunteer Santa. When fellow Santa, Joe Dinera, disappears from his corner, April’s concern leads her down an alley and to the gruesome scene of Joe’s lifeless body.

April and her fiancé, private detective Clay Augustine, are determined to find out who, and why, someone would kill such a nice guy.

This is the fourth book in the Sea Oak Mystery series.

Adele M. Cooper is a mother, wife, and artist. When she’s not busy taking care of her family, she does everything from gardening, crafts, sewing, painting, traveling and writing cozy mystery stories. In another life, she would have loved to have been a female Inspector Poirot! As she’s also a hopeless romantic, there is always a touch of romance in her stories.

This book is the fourth in the Sea Oak Mystery Series with the cast of characters expanding and developing.

Be the first to review “The Silent Santa (A Sea Oak Mystery – Book Four) by Adele M. Cooper” Cancel reply