You are here: Products The Shasta Gate by Dick Croy 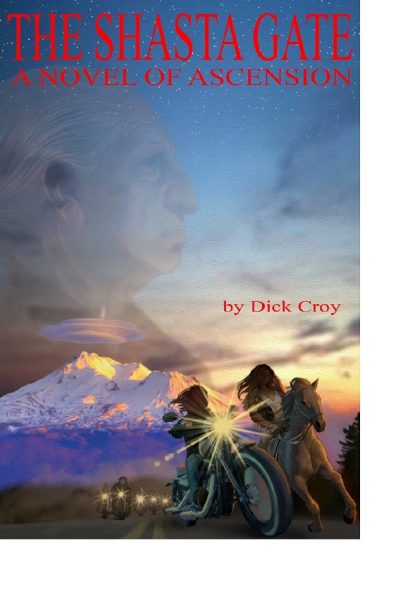 The Shasta Gate by Dick Croy

Dick Croy is an award-winning screenwriter, novelist and playwright. He was writer and director of The Fourth Dimension, a documentary series of seven 60-minute television specials on the paranormal. His novel The River Jordan, co-authored with Henry Burke, was a book-of-the-year nominee in 2001. Fugitive Slave, their contemporary drama portraying the historical spirit of the Underground Railroad, is both an award-winning screenplay and a stage play which has received readings by the Classical Theatre of Harlem and other theater companies.

THE SHASTA GATE: A Novel of Ascension. TSG was my first screenplay, some 40+ years ago, and although I couldn't have told you this then, the deus ex maxima ending is in a sense an elaborate metaphor for "ascension," which is a concept all over the Internet these days on websites dealing with spiritual issues. I'm not sure exactly what it means and I'm sure as hell not sure how it's supposed to take place, but it might very well be similar to what happens to my two protagonists.