You are here: Products The School Reunion by Paul Garland 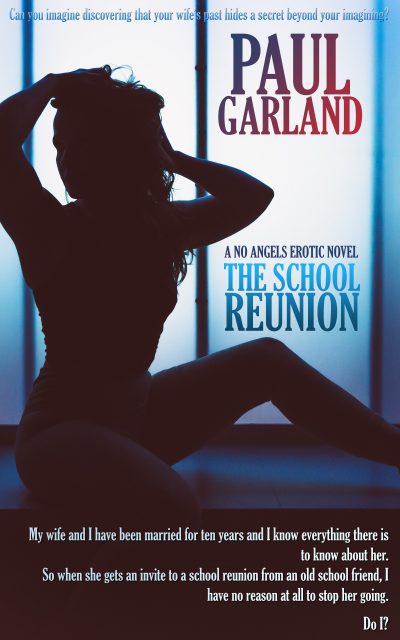 The School Reunion by Paul Garland

Welcome to No Angels – the hottest new series of erotic novels based around those people who have a hidden, darker, more sexual side than anyone who knows them would ever believe. The women in No Angels, are just that – and our stories will show them embrace that side of themselves.
THE SCHOOL REUNION: My wife and I have been married for ten years and I know everything there is to know about her. So when she gets an invite to a school reunion from an old school friend, I have no reason at all to stop her going. Do I? Imagine my surprise when I find out that she has a dark past that she’s kept hidden from these years, and as it unfolds, this new knowledge takes me on a journey to places I never thought I’d go…

NO ANGELS novels include explicit sexual scenes with cheating, themes of cuckoldry, liberated and strong women, and the powerful partners and friends who love them.

Paul has been writing since the turn of the millennium but is only now choosing to explore the erotica genre, and his No Angels series of books are quickly gaining a following. Paul writes from experience, having been in a hotwife and stag relationship for many years, and although his stories are works of fiction in entirety (no true stories here), he leans on his past experiences to make his stories as realistic as possible.

It's not a true story, but it was inspired by something very similar that happened to my wife's friend. You'll have to email me to find out more.