You are here: Products The Safeguarded Heart by Melanie A. Smith 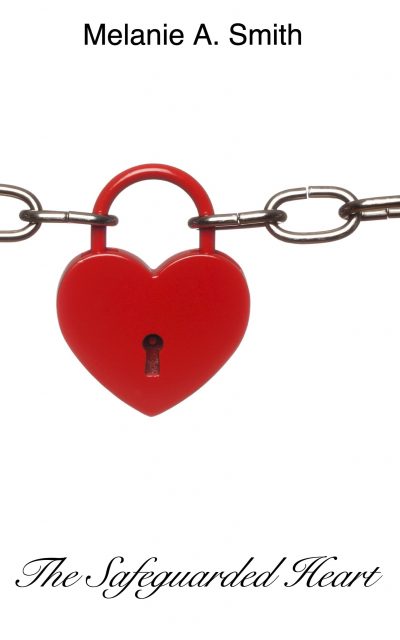 The Safeguarded Heart by Melanie A. Smith

Young real estate entrepreneur Serafina Evans chances her guarded heart to be with a handsome and charming Italian client, but things take a turn when she finds out her company is being sabotaged and her paramour isn’t what he seems. Will her gamble on a mercurial relationship pay off, or will it leave her hurt and closed off from love forever? And will she find out who’s sabotaging her in time to save the company she’s worked so hard to build?

Note: This is a full length novel and the first book in a steamy contemporary romantic suspense series that is intended to be read in order. This book includes mature content, and as such is not recommended for readers under 18 years of age, or those who might be offended by such material.

Melanie A. Smith is a voracious reader, lifelong writer, and is the author of The Safeguarded Heart Series.

Melanie’s writing began at a young age with short stories and poetry. Having completed a bachelor of science in electrical engineering at the University of California, Los Angeles, and a master’s in business administration at the University of Washington, her writing abilities were mainly utilized for technical documents as a lead engineer for the Boeing Company, where she worked for ten years.

After shifting careers to domestic engineering and property management in 2015, she eventually found a balance where she was able to return to writing fiction.

Melanie is also a Mensan and enjoys reading, cooking, and driving with the windows down and the stereo cranked up loud.

I've been writing stories and poems since I was six years old. I took a long break from writing for pleasure after college, but finally decided I wanted to sit down and do what I'd always dreamed of – writing a full length novel. It poured out of me in one month, and I've been writing novels ever since!

Prologue
The threat of imminent death fills my senses, my brain clouded with pain and terror. I can't help but wonder if, knowing where it would lead, I would do anything differently. Knowing myself, likely not. My stubbornness knows no bounds, and my natural ability to persevere is what got me here in the first place.
In any case I know it's pointless to speculate, and this journey has been ten years in the making. And just as it seems like it will end in suffering and horror, so did it start, when I was only nineteen years old and broken to my core. My mind tears through memories, struggling to make sense of it all, taking me back to the time when, the pain of loss fresh once again, I turned to my grandparents. Remembering how they took me in and gave me comfort, wisdom, and direction as I climbed out of my pit of despair to finish my business degree.
My grandfather, especially, gave me so much more. His cheerful, round, and wrinkled face flashes across my memory, and warmth spreads through me, my emotions mixing in a confusing swirl. A wealthy real estate tycoon since well before I was born, Grandpa was also a patient teacher. At his side I learned about the power of cash flow, how to negotiate from a position of strength with the simple ability to say "no" and mean it, and how to build a team that would start me down the same path he had walked more than four decades ago.
I made my fair share of mistakes in those early years, and he was there to see me through them all. Those small defeats had pushed me to grow, to adapt, and at the time had seemed like natural discomforts that I needed to endure to find my way. But looking back at the costs, I lament my thick skin, my acceptance of what "came with the territory."
Because, as the moment of my demise approaches, I realize with startling clarity that the real estate business, with its many facets and complexities, is ultimately about people. It's so easy to forget, amid the drive to succeed, that people's lives are in your hands.
My strength has always been in facts and figures, the bones on which the industry operates and grows. Learning how to handle people was always the most difficult part for me. So I used the same tactic I'd applied to everything else. I compartmentalized, quantified, and planned for it. Emotion and empathy were enemies to reason and logic.
And I realize only now that approach was an illusion. A coping mechanism for my ruined ability to care deeply. To trust. To love. Perhaps the lack of those abilities is what led me here.
But that wasn't something my grandfather could teach me, and I had to learn this lesson myself.
And while my grandfather lived to proudly see me start my own business at twenty-five, I'm suddenly thankful he wasn't here to see me learn this lesson too late.
My gut wrenches at the thought of his disappointment. And at the thought of disappointing my nearly four dozen employees, who helped me build a full-service real estate investing support company. It was a niche I'd long hoped to carve, and it had just begun to bear real fruit.
As if it were a sign, in early February on nearly the anniversary of my grandfather's passing, we acquired two new major clients: The first, a large company looking for centralized property management. The second, another young but rising company that had moved into the Seattle area from San Francisco only a couple of months prior.
But nothing could have prepared me for what came next. For meeting Alessandro Giordano, the company's owner. Unspeakably handsome, with a thick Italian accent and a disarmingly charming demeanor. At least, at first.
As past events continue to spin through my frantic brain, I can't help but try to cling to the memories of those early months. The countless meetings, site visits, and rejected proposals that often brought us head-to-head in heated exchanges about almost everything. He is one of the most challenging people I've ever met. As stubborn and intelligent as he is handsome.
I remember, also, shutting down his flirtations from the start, noticing the appreciative glances from nearly every female in the office, and how frequently he returned them. It was clear from the beginning that he was a man who lusted voraciously after what he wanted and was used to getting it. I overestimated my ability to keep that part of me shut down. Or perhaps I merely underestimated his persistence.
Tears fill my eyes, and I wonder if I'll have another chance to tell him how I feel one last time. And that I forgive him.

Be the first to review “The Safeguarded Heart by Melanie A. Smith” Cancel reply