You are here: Products The Room (The Fullerton Chronicles Book 1) by Brian C. Copper 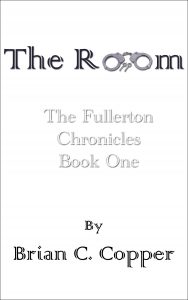 The Room (The Fullerton Chronicles Book 1) by Brian C. Copper

Now it is about having another chance to be creative. I try to focus on being positive, so even if I’m not actually writing, I’m observing and filing away details to draw upon later. Meeting someone new can trigger a character detail and set me off on a jaunt of creativity. Conversing with a dear friend might recall a memory that can feed a plot point. Inspiration can come from anywhere, so for me, it is about watching for those things that will fuel the journey when I’m in that place where the words want to come out and play.

Be the first to review “The Room (The Fullerton Chronicles Book 1) by Brian C. Copper” Cancel reply