You are here: Products The Rejected Writers’ Christmas Wedding by Suzanne Kelman 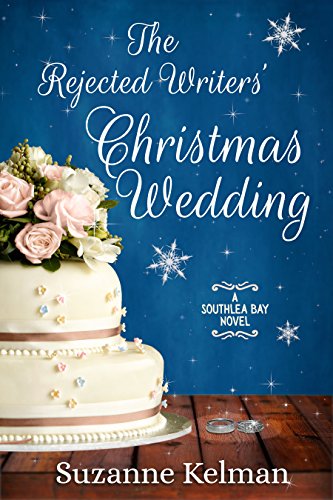 Southlea Bay’s favorite sweethearts, Flora and Dan, are getting married and the members of the Rejected Writers’ Book Club are excited to help. Especially the group’s head honcho, Doris Newberry, who, much to Flora’s frustration, wants to control every detail, attempting to strong-arm Flora into accepting ridiculous wedding vows, wayward bongo players and into wearing a huge, old-fashioned wedding dress. But when a new resident arrives in town with information about Flora’s past that threatens her chance of happiness, the overwhelmed bride-to-be disappears overnight. To find her, The Rejected Writers set off on yet another zany road trip adventure, this time to a make-believe Bavarian town. Where they meet lederhosen clad, young men, are entertained by oompah bands, go on wild sleigh rides, and sing in a yodeling competition. But when they eventually find the bride and the bridegroom learns the truth about her, will he still want to marry her or will all the wedding plans be in vain.

This book series was inspired by an author tipping all his publishers rejection letters onto a table during a book reading.