You are here: Products The Ravishing of Beauty by Jessica Satin 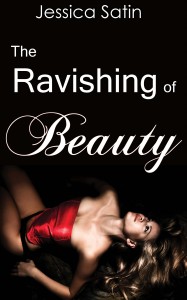 The Ravishing of Beauty by Jessica Satin

Belle’s choice to become the Beast’s prisoner changes her in ways she never imagined.

After her Beast transforms back into his human form, they eagerly explore each other’s bodies. He can caress every inch of her and probe his tongue deep between her lips. She can feel the warm bulge of his muscles and run her fingers through his red-gold hair, but it’s not enough. Their sexual affair began long before he was human, and Belle can’t help remembering what it was like to be with her Beast. She learned to love him through all the blood and sacrifice it required. Belle and Prince Adam must learn to find new ways to express their desires.