You are here: Products The Prisoners of Illusion by Edita A. Petrick 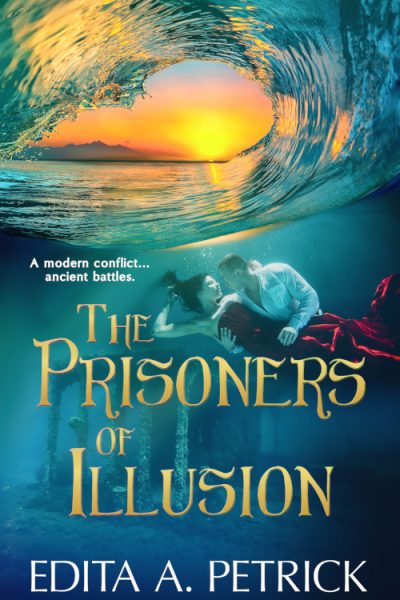 The Prisoners of Illusion by Edita A. Petrick

Ambrosia Severn is a talented young orthopedic surgeon, and was about to branch off in an exciting new direction in the field of limb replacement, when she made that one fateful mistake—she took a seacoast vacation. The man who had watched her for fifteen years made sure she was dead—but only to the world. Niven is a descendant of Quen star-lords stranded on Earth thousands of years ago. His original mission directive was simple: Protect the beautiful and talented young doctor. He re-wrote the script according to his heart’s desire and today Amy is very much alive among the people whose ancestors came down from the stars. The Island is a sanctuary but the danger is far from over. Niven now must expand the protection to their two children.

I write several genres which means I read them all. The most difficult part of writing is trying to balance it with the rest of the 'living' that all of us have to do.

Writing is neither a hobby nor business to me. Writing is something I love. Better question here would be when did I NOT write. My inspiration is simply from living and observing–and most importantly, reading works of others.

Be the first to review “The Prisoners of Illusion by Edita A. Petrick” Cancel reply