You are here: Products The Prince and The Escort by Marilyn Cruise 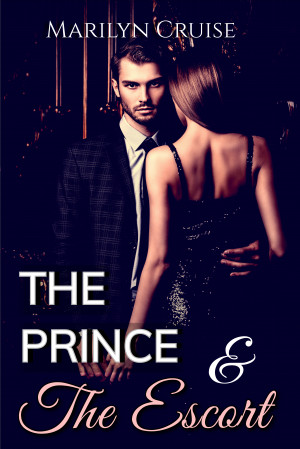 The Prince and The Escort by Marilyn Cruise

Can an escort and a prince find their own fairytale ending? Indulge in this blazing hot chemistry between Jennifer and her prince in the first book in the series, A Scandalous Royal Fairytale…

I always dreamed I’d graduate law school, and that I’d meet my very own prince charming who would sweep me off my feet, take me away on wild adventures and that we’d live happily ever after. That was before my parents died in a car accident where my sister lost both her legs. Where am I today? Well, life’s pretty sucky. Ok, extremely sucky. I just started a job as an escort so I can support my sister and save up for her prosthetic legs. And my dream of a happily ever after? Well, let’s face it: there’s no time for that s#it. I’m stuck here being responsible, doing the adult thing.

That’s until I meet Erik, the real goddamn Prince of Norway, and he reminds me of what it’s like to feel again, to dare to dream again, and to believe in the fairytale I had shoved so deep down I thought it was gone. One touch from him is a jolt to my heart, and suddenly I’m feeling things I really really shouldn’t…

Because let’s face it, fairytales don’t come true…do they?

This is Book 1 in the 4-part series: A Scandalous Royal Fairytale

Read at your own risk….

Ever since she can remember, Marilyn has been a believer in the happily ever after. When she started writing professionally in 2013, her books were received with great enthusiasm and quickly became bestsellers. Today she continues to delight her readers with steamy modern fairytales, stories that will captivate you to the very last page.

I press send. Peaking around the corner at my new date, I catch another glimpse of Erik. My heart flutters. Sheesh. How is it he is having this effect on me?
I pull my shoulders back and take a deep breath. Well, here goes nothing.
My eyes lock with his just as I round the corner, and once again it strikes me how much he looks like the young Marlon Brando. As I walk toward him, I feign confidence, but in reality, I’m so nervous that I’m trembling inside. It doesn’t help that his eyes are as cool as the summer breeze. And what’s really unnerving about it is that I like the effect he has on me.
“What’s the verdict?” he asks once I stop a few feet away from him.
“I’ll gladly accept your invitation and have a drink with you,” I say. “I apologize for the delayed response.”
He gifts me with such a scintillatingly wicked smile that my stomach clenches with need.
Seeing that his bowtie is still undone, instinctively, I reach up and take a moment to tie it. All the while, he’s looking down at me, the energy between us igniting more for every second. When I’m done, I brush the lint off his tuxedo jacket. “There,” I say. “Now you’re ready to go.”
I peer into his eyes, and it’s as if I can see to the very bottom of them, a man who is powerful, yet gentle, confident, yet humble, strong-willed, and yet unbelievably forgiving.
I have to remind myself to breathe.
He smirks as he watches me with hooded eyes. “Thank you.”
“My pleasure.”
Erik takes my arm and we walk up the red-carpeted stairwell to the second floor. It’s difficult to keep my balance in these three-inch pumps, so I grip his bicep to stabilize myself. He is as muscular as expected beneath his clothes, and I can’t help but squeeze his arm a little harder than I need as I wonder what he looks like shirtless.
What he looks like naked.
What it would feel like to press my body up against his…
Jennifer!
To get my mind off how his presence is making me all dizzy, I focus on the surroundings. The security guards are still everywhere. A few men and women dressed in formal attire meander the hallways. Probably the charity ball attendees.
Before I know it, Erik and I are standing at the entrance of the bar.
His eyes narrow as he faces me. “This just occurred to me,” he says. “I just realized you might not know who I am.”
Wait, what?
Erik’s famous or something? Now I kind of feel stupid for not recognizing who he is. But how am I supposed to know who some random rich college student from Norway is? “I’m sorry. I can’t say that I do.”
The security guard directly to my right moves a step closer and leans in. What’s going on?
Erik inhales a breath to say something.
“Jennifer! Jennifer! There you are!” yells a deep voice.
I turn around and Ben is jogging toward me. He’s red in the face and his forehead is glistening with sweat.
I don’t have time to ask Erik any of the dozens of questions that have suddenly popped into my mind before Ben gives me a giant bear hug.
Oh, shit. Er… My mind draws a complete blank. What was it I was supposed to say to my client again?
“Hi, Ben Cunningham,” I say and force a smile at him. “My, aren’t you a…er…” I pull away. God, he’s so not sexy. I mean, he’s not horribly unattractive. He is tan and muscular and dresses very well. But he doesn’t hold a candle to Erik. “I’m Jennifer, and tonight I’ll be your…” I can’t fucking say that I’m an escort in front of Erik! Forget the damn script. It’s improv from here on out. “I guess I’m your date.”
“I’m sorry I was late,” Ben says. He’s about an inch shorter than me, and now I’m kicking myself for wearing such high heels.
“I had an emergency business meeting.” He dabs the sweat off his forehead with a white handkerchief. “And I do apologize in advance but I’ll probably need to make a few phone calls throughout the evening.”
“It was a pleasure meeting you Jennifer,” Erik says. “Have a good evening.” He nods, swivels around, and starts down the hallway.
No! Don’t leave! I want to ask him so many questions. I want—need more time with him. It takes all my willpower not to run after him, but I force myself to stay. My sister is counting on me.
This is for the best.
It is!
I grit my teeth. I did the right thing. I did!
But why then do I feel as if I have betrayed myself?