You are here: Products The Plot by Melinda De Ross 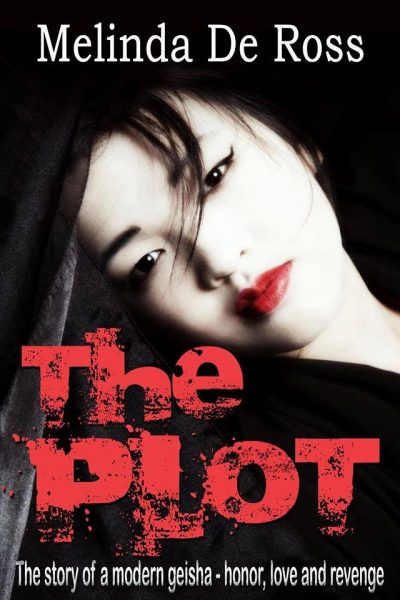 The Plot by Melinda De Ross

REALITY IS NOT A FAIRYTALE. CAN A VICTIM OF HUMAN TRAFFICKING HAVE A HAPPY ENDING AFTER YEARS OF ABUSE AND DEGRADATION? ESPECIALLY WHEN HER ONLY FOCUS IS GETTING PAYBACK…

At eighteen, Yoko Hirano falls into the tentacles of a human trafficking organization and is forced into prostitution. Her first sexual experience is nothing more than a rape, so she becomes traumatized and her opinions about men are low and unflattering. She uses her charms only as means of manipulation.
Four years later she meets the tall, dark and charming antiques dealer Mark Chandler. They both acknowledge the complicated chemistry between them, but Yoko’s grand scheme of things doesn’t involve falling in love, nor does she think Mark would want her if he found out about her past.
To get revenge and prevent other girls from sharing her fate, she plans to ruin the Chinese triad that has destroyed her life and innocence. However, Mark can be an asset in her plans of bringing down the powerful mobster Michael Chen and his interlopers. Together, they make quite a formidable pair…

Melinda De Ross is an international author of Romanian origin. She writes in two languages, and her books combine the elegance specific to the European style with the modern appeal of the American culture. She has a Law degree and has been a professional target shooter for over a decade. Her favorite genre to read and write in is Romance, and anytime she prefers to watch a classic movie instead of going to a noisy club. She loves to hear from her readers, and you can find her at:
melindadeross.com/
facebook.com/pages/Melinda-De-Ross/513999791983330
twitter.com/melinda_de_ross
goodreads.com/author/show/7163748.Melinda_De_Ross

The book was inspired by movies like Memoirs of a Geisha, Leaving Las Vegas, and Pretty Woman, along with some articles I've read about human trafficking. I realized this is a very sensitive subject people try to avoid, and I tried to imagine what the life of a woman who falls victim to human trafficking is. The optimistic scenario, of course, where she gets vengeance and discovers true love.

The stranger’s dark eyes were focused on her, as though he couldn’t look away. But instead of the usual lust she expected, she saw genuine interest, as if he’d somehow looked beyond her body into her soul.
Flustered, she glanced out the window. The man’s cell phone beeped, drawing her gaze back to him, but instead of watching her, he was texting someone.
Taking advantage of his distraction, she studied him. At a guess, she’d put him in his thirties. His hair was as black as hers, matching his eyes and olive skin—probably Italian or Greek. A wisp of hair fell over his forehead as he gazed down at the phone in his hand. He needed a haircut, but the unruly style suited the edgy, masculine lines of his face. He looked elegant and rebellious at the same time. He was probably what most women considered sexy, but since that word had no meaning to her, she could only acknowledge that he was somewhat attractive—for a man.
While there was something hard and tough about his face and demeanor, subtle lines radiated from the corners of his eyes and around his mouth, giving him a quiet air of sophistication and maturity. He was well-built and muscled under the blue jeans and leather jacket he wore.
A leather jacket?
It was early May and she was already too warm in her short-sleeved top, but the man didn’t break a sweat in his black jacket. How strange was that? Beneath the jacket, she glimpsed a simple black T-shirt.
She was startled when he stopped texting and looked up. His eyes were serious until they focused on her again. Then they softened, and his firm, sensual mouth stretched into the hint of a smile.
Yoko’s heart began to pound. Forcing herself to ignore the man, she dropped her gaze to her book once more, but couldn’t concentrate. Why did this stranger keep watching her? Could he have guessed what she was, and was trying to pick her up?