You are here: Products The Photo Shoot by Inez Colbert 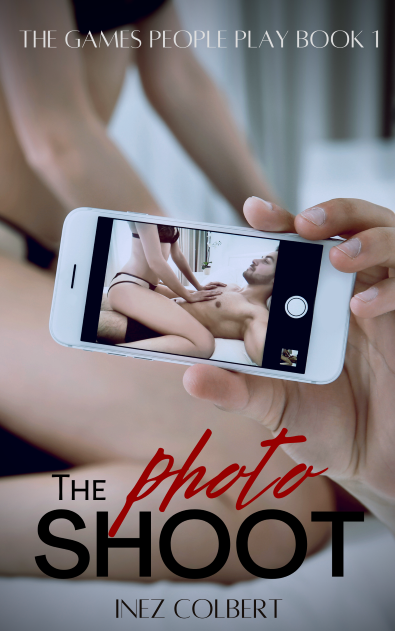 The Photo Shoot by Inez Colbert

The moment I walk in I know I’m not in the real world and I’m not safe in the confines I’ve created for myself. I have to go through with it – I’m determined to make things work between me and Max. When my marriage is at stake, though… how much is too much?

Candice and Max have hit a dry spell in their marriage and she’s trying to liven things up with a boudoir photo shoot for their third anniversary. She doesn’t know if it’s going to help, but she’s going to try until there’s nothing left to do. She decides to follow through with the plans.

Until the handsome man with the devilish smile hands her enough champagne that the lines between reality and fantasy start to blur.

Ted isn’t what she had in mind and when her body is numb and her burning desire is all that’s left, Candice can’t decide who she wants to be and what she wants to portray anymore. She goes with the flow but it takes her in an unexpected direction. All while the camera is watching.

Will her choices save their marriage after all? Or will Candice’s love life be ruined forever?

When I'm not writing, I'm the soccer mom, the cookie-baking girlfriend, just like everyone else. And just like everyone else, I'm a different person behind closed doors. I've learned a lot about people my years as a writer, the way we all feel the need to escape the lives and masks and acts we're supposed to be wearing. Writing allows me to do that, to create new worlds and rules, to live up to them. Or to break them all.

This book was inspired by the inherent need we all have to slip into someone else's skin sometimes. I was raised with very strict rules and expectations and I felt that only when I pretended to be someone else could I really be who I was. In the same way, Candice and Max slip into other personas to find each other again when being together grows stale.

I was getting drunk and I was wearing next to nothing. I’d put on the sheer red number, the underwear that had the potential to make me look like a porn star. This was what I wanted to show Max. This was a surprise for him.
The idea that Ted was seeing it first should have made me feel more unsure than it did. I felt confident and sexy and when I strutted out after changing Ted raised his eyebrows.
“You’re serious about this,” he said.
His tone of voice, the serious look on his face, made me hesitate. The room spun slowly around me and the alcohol bubbled in my veins. I felt like I was on fire, dripping in gold, spectacular. Gone was the dull woman I saw in the mirror who lacked what it took to excite my husband anymore. Instead, I was a goddess.
Except he seemed unsure now.
“Is it too much?”
His eyes found mine. Deep, dark, liquid brown. Pupils dilated. Lips slightly parted. He swallowed and shook his head.
“It looks great.”
The confidence didn’t ask for much. It returned in a wave and I walked to the furry blanket on the floor. Ted had removed the chair and I lay down, draping myself in front of the camera. I was aware of the sheer fabric rubbing against my nipples, tightening them until they were erect. When I lay on my back and pulled my legs up my stomach was perfectly flat. I turned my head and looked at Ted. He stared for a beat before he moved into action.
“Hold that pose, that face,” he said and aimed the camera. Click-click. I was becoming immortalized on print. The room wasn’t as seedy as I’d thought it was when I’d arrived. The blanket was rich and warm under my skin. Ted and I were conspiring, together in this to make something beautiful.
“Why don’t you turn around and pull one leg up?”
I did as he asked.
“No, a little more to the side.”
I tried it again. He shook his head.
“Let me show you.” He abandoned his camera and walked toward me. When he kneeled next to me I was aware of his cologne. It was fresh and manly. He put his hands on my leg and my lower back and helped me into the position he’d meant. I was on display, my breasts pushed together, my body angled so the camera caught a perfect view of my ass.
Ted’s hand lingered on my leg. His skin was hot, his hand heavy. I looked at him. He cleared his throat and got up, moving back to his camera.
Click, click.
I put my head down. The blanket was soft and I wanted to curl into it. I was starting to feel relaxed. This was what the photoshoot needed, I knew it.
Ted looked over the camera at me.
“That’s great,” he said with a smile. “You’re a natural at this.”
He took two more shots.
“Don’t you want to stand up? Lean against the wall, let’s get some full body shots in that outfit.”
I nodded and got up. I felt uncomfortable in the heels but they made my legs look good, accentuated my ass. Heels always did that for me. Without them, I felt short and pudgy but with them? Tall, thin, beautiful. Delicious.
I leaned my back against the wall and lifted my arms over my head the way I’d seen models do it before. My breasts pushed out again, the material brushing against them. I rubbed my thighs against each other. I was aware of my body; of how little I was wearing. The alcohol and the nature of what we were doing were starting to get me riled up. Heat flooded my body and pooled between my legs. I pushed my hip out to the side.