You are here: Products The Odyssey Gene by Kfir Luzzatto 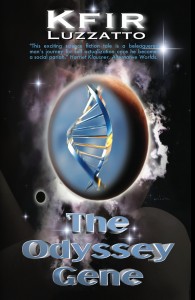 The Odyssey Gene by Kfir Luzzatto

You have just discovered that you are immune to a contagious disease that once threatened to decimate Earth’s population.

Now you must face Society and the grudge it nurtures against your kind.