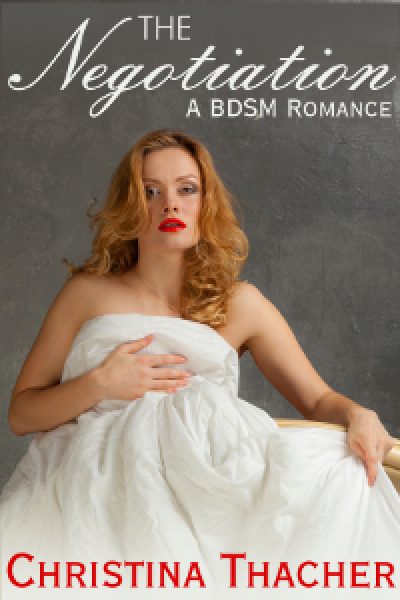 Sebastian wants nothing to do with Isabelle. She lacks the proper respect. But he agrees to do a scene with her. If she’s as good as she says, she “wins” a weekend at his place. If she fails — as he knows she will — he never has to touch her again.

Can two such different people work out a D/s relationship … or even love? That’s what the negotiation is for …

Sebastian is used to subs always trying to please him. Isabelle is better than that—she’s out to please herself. Her intelligence and composure intoxicate Sebastian, but they also make their scenes hard—Isabelle wants more from him than he’s used to.