You are here: Products The Mummy by Renald Iacovelli 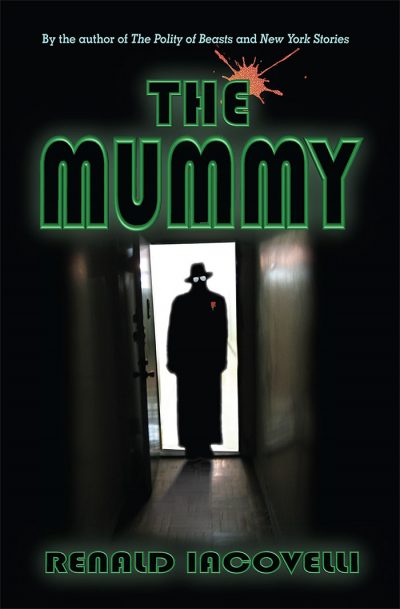 The Mummy by Renald Iacovelli

When Harold Ostrich, a successful businessman, buys a mummy at an antique shop and it comes to life, his world is turned into a nightmare. For the first time he must deal with the terror of a supernatural event, which in its persistence threatens to undermine everything he has worked for and any chance of happiness in his life.

In addition to writing I am also a jazz musician and have been performing in New York City with my quintet, The Punjabi Five. We do all the standards and I’m known for belting out a song or two—not strictly in key, but doing my best. I also love to travel and have spent time throughout the United States, Europe, and Asia. My next literary project, or rather series of projects, is a series of novellas based on a theme connecting them all. The first of these should be out by the spring of next year, but don’t hold me to it: things always seem to take longer than projected.

This started as a short story, then expanded in the writing, raising along the way a lot of ideas—which also proved to need expanding. In the end it proved to be about seeking something meaningful in a world become ruthlessly commercial.

“But this isn’t a ‘person’!” Ostrich said, his voice rising with disbelief that the curator could think so. “Does this look like a person to you?”

The curator could no more look at the mummy again than a squeamish person can bring himself to behold a scene of bloody mayhem. Confronted by something he was incapable of emotionally handling, he was more than willing to sacrifice his intellectual integrity for the sake of his mental well-being. Thus he said between teeth still clenched, and in a voice more urgent and angrier than ever: