You are here: Products The Moments We Share by Barbara C. Doyle 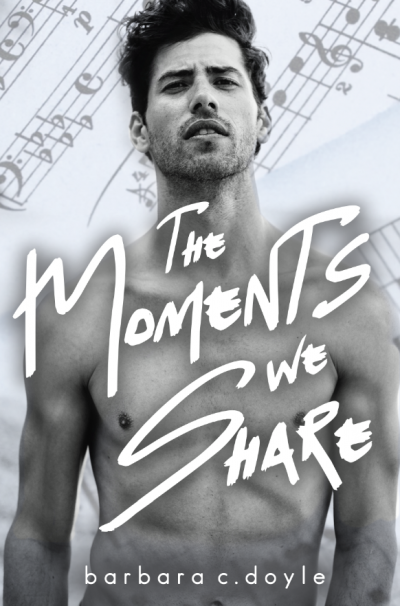 We were a walking contradiction that couldn’t be understood. Leather and cowboy boots. Rock and country. And the longer we spent together, the more truths we uncovered with nothing but destruction in our wake.

Following the breakup of country music’s hottest couple, Ashton King signs to work on a collaboration with America’s number one rock band Relentless in hopes of bringing good publicity following damaging reputations in the media.

Bass guitarist Dylan Hilton’s constant partying and strained relationships in the press causes scrutiny for the whole band and could cost them their contract with the label. But Ashton can see the truth hidden behind the arrogant facade, a kindred spirit that mirrors her own broken soul masked with a fake smile for the press.

Maybe the collaboration is exactly what the pair needs, sharing moments that will allow them to rise from the ashes they’re buried under. Or maybe the moments they share will only cause more damage that neither can come back from.

Barbara C. Doyle grew up in small town USA where she still resides with her four-legged feline.

Her journey started at the young age of fourteen, and continued as she pursued a bachelors degree in English. She believes that the written word is best used as a mode to escape into a different reality, thus the birth of her novels.

When not writing new worlds, you can find her binge-watching Netflix, reading, attempting (and usually failing) to cook, and hanging out with her fur baby.

Be the first to review “The Moments We Share by Barbara C. Doyle” Cancel reply