You are here: Products The Matrimonial Advertisement by Mimi Matthews 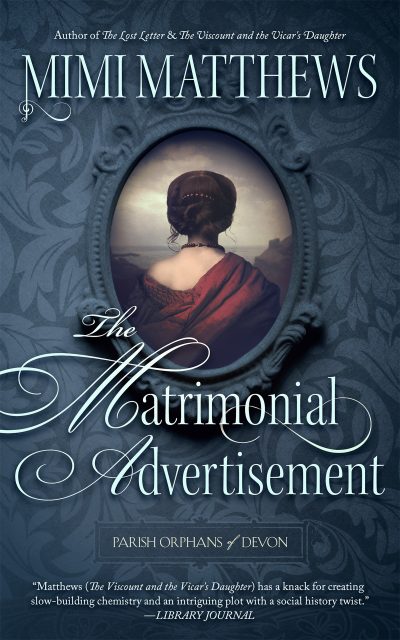 The Matrimonial Advertisement by Mimi Matthews

England, 1859. When ex-army captain Justin Thornhill places an advertisement for a wife, the mysterious lady who answers isn’t quite what he was expecting. “For this impressive Victorian romance, Matthews crafts a tale that sparkles with chemistry…an excellent series launch.” -Publishers Weekly