You are here: Products The Marked Ones by S.K Munt 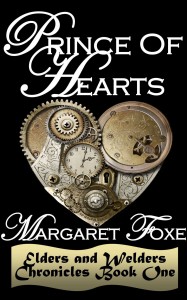 The Marked Ones by S.K Munt

When people think of mermaids, especially mermaids in literature, they’ll call to mind images of ethereal looking beauties gliding gracefully through a sky blue sea while delicately gripping a dolphin’s fin and smiling at the wonder of just being so damn perfect. They’ll think of names like ‘Saragosia’ and ‘Bedazzle’ and imagine kingdoms rising up out of the coral and seahorses used in place of real horses and unicorns with snorkels and gossamer wings (because it’s Pegasus too) and that barbie outfit they had when they were six when the feet poked out the bottom and Ariel and jewel-encrustred breasts and hair streaked with pink and purple and glitter somehow sliding gracefully up onto rocks and singing ‘Ah ah ah ah ah ah’ to attract their humans against a perfectly pink and purple sunset-

Well if those are your kind of Mermaids, you’re probably not going to like ‘The Marked Ones.’

If you’re anything like me, you like stories at their most scandalous. Like in True Blood when sweet little Sookie demands : ‘I’m a FUCKING FAIRY?!’ Or in Buffy when she gets sick of doing the right thing for mankind and nails Spike to the wall-and as they go at it, the building falls apart. Or you read the tent scene in Eclipse with these two hot guys and thought: ‘Damn girl! There’s room enough in that sleeping bag for three!’ I like my entertainment witty, realistic, and a little bit naughty.

Okay so I also ball my eyes out at the end of Anne Of Green Gables when Matthew dies in the milk pasture, or when Shadow comes limping home at the end of Homeward Bound, so I’m a sucker for sentiment as well-and I’m hoping that in The Marked Ones, I’ve combined everything I love best in a story.

Ivyanne Court is a mermaid princess and yes she’s beautiful, virtuous, kind and honestly hopes to do the right thing-and yet she’s completely over it. Who wouldn’t be? It’s been :’Yes mother, no mother, I won’t take the apple from the snake’ mother for twenty-eight years so when she finds herself out from under her parents loving gaze-she kind of ruins a lot of lives.

All in the name of doing ‘The Right thing,’ of course.

All of my characters are as flawed as any of us. Ivyanne wants her cake, but she’s already eaten half of it. Tristan, the golden-mer pin-up boy, knows he’s good and won’t apologize for it. Pintang is weighing the pros and cons of stealing her best friend’s man, and Ardhi learns that he’s more of a basket case than he thought and simply refuses to care about the consequences.

Yeah, think if Dawson Leery had been armed when he found out that Pacey had kissed Joey. That’s our antagonist.

AND THAT’S JUST THE MERS. The humans in the story are asking to be messed with.

My mermaids don’t reside under the sea. They’re the people you encounter every day in your life and think : ‘Hmm..bit of a random.’ They’re the hot lifeguards who take forever to age despite the fact that they’re in the summer sun, every day. It’s that striking girl who started mid-school year and vanished a few months later who you could never find again-it’s that hot summer romance you had asa teenager who doesn’t have a Facebook you can spy on, ten years later.

They can stay underwater only as long as dolphins, they reside on the coast and they can get around just fine with humans…but it costs them. And if they go too long without water, look out. They don’t have pet Dolphins, they don’t wear bikini tops that perfectly match their tail-and the only reason they’ll serenade you is to cover up whatever unethical thing they just did in your presence.

But it’s still a fairytail. And incredible things do still happen. Because I’m very aware that my story contradicts a lot of what I’ve heard about in this genre, I ease you into it. By book three however, the game has completely changed, and you won’t want to be anywhere else but Seaview.

I’ve never read a mermaid story-I didn’t want my vision compromised through other people’s glasses, but I’m going to get stuck into them now because at the end of the day, sometimes you just need a mermaid with glittery pink hair flipping under a rainbow.

First book but definitely won’t be the last. I’m an avid reader, have been writing for a lifetime. I’m also a cheerleader, a musical theatre actress, a surfer and a happily married mommy of three from Australia

Growing up by the sea, and a fantasy I was having while surfing on a flat day and was surprised by a shark.

Be the first to review “The Marked Ones by S.K Munt” Cancel reply