You are here: Products The Lucky Prisoner by Tomi Farrell 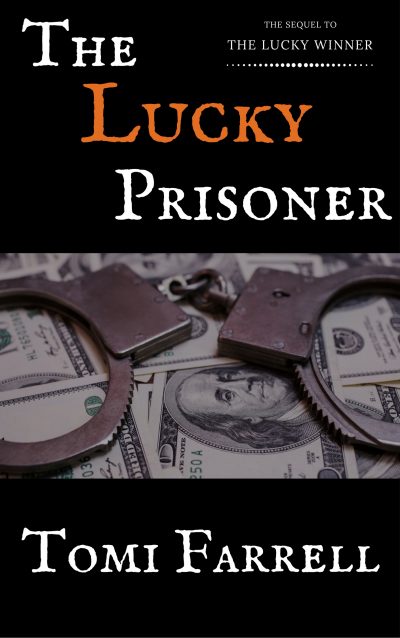 The Lucky Prisoner by Tomi Farrell

It all began on that day.

With her entire family behind bars, Ella’s new life begins as a freshman at Stanford University in California. Despite her wish to live a normal life again, it appears she is still heavily cursed by her “luckiest” day, the day of her mother’s infamous lottery win two years ago. She discovers, in an act that feels like déjà vu, that someone has stolen five million dollars from the trust in her name.

Tomi Farrell loves writing. Through considerable production work for films, TV, and other media in the crazy town called Hollywood, and also working as a travel journalist, she gained extensive insight into storytelling, which inspired her to write books and screenplays.

She has written more than a dozen feature screenplays and five books thus far, and continues to write to this day.

It's the sequel to The Lucky Winner. I wanted to tell the story of what happens after Ella loses her family behind bars.

The California sky was blue.
I rode my bike faster, feeling the slightly chilly—well, by Californian standards—wind of November. I was late for my Psych 70 class. I was rarely late for classes, but this morning, my alarm suddenly decided to take a day off for no logical reason. Or maybe I was just deep in my REM sleep and it would have taken a fire alarm to pry me from the REM stage. I’d been having pretty intense dreams for the last two years—I sometimes feared that I might never wake up, forever stuck in those dreams.
Perhaps I was simply exhausted last night. I’d been up until three in the morning. Studying. Unlike my high school days, I was not at all into mindless social activities, such as sorority parties that were thrown every single weekend.
I rode through the beautiful campus of Stanford University. The gorgeous palm trees stretched up into the brightest blue sky. Students sat on the lush green grass, studying, chatting, eating, or simply enjoying the year-round California sunshine.
I parked my bike and rushed into the classroom. Fifteen minutes late. Okay, that wasn’t too bad.
“I hooked up with this guy last night,” said Jessica, flopping into the seat next to me as soon as I sat down.
So here was the thing. It should have taken some time to spot someone, gather their stuff, and move next to that person. Not for Jessica. It literally took a second for her. I’d have to say I was always impressed by that.
What’s new? I looked at her with raised eyebrows. “I can tell. Nice shirt,” I said, indicating the same outfit she’d worn the day before.
“I hung at his dorm all night. I’ll tell you all about it after class. Then I’m going home and crash. So tired, I can’t keep my eyes open.” She continued her one-way-street talk.
I didn’t know why she liked me. I wasn’t a typical college girl. After the arrests of my family, I’d become a different person. Since then, all I’d done was study, as if studying was the only escape from my surreal past. Working toward my goal of becoming a psychiatrist felt like the only haven from insanity. Someday I was going to be right beside my mother and help her with everything in my power.
Mom had been found not guilty by reason of insanity and committed to a psychiatric facility. I could perhaps apply for a psychiatrist position there and request to become her doctor. I knew it’d take eight years to finish medical school and another four years or so to complete a psychiatric residency. It was a long way to go but I was now a freshman at Stanford, which meant I was one step closer to that goal.
Jessica partied as if doing so was her sole purpose in attending this prestigious school. Whenever she got a chance, she tried to recruit me into her sorority, like a top-selling car salesman.