You are here: Products The Love Spell by Heath Buckley 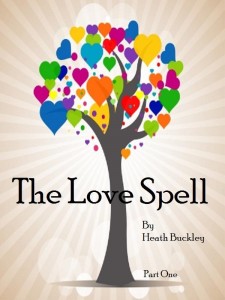 The Love Spell by Heath Buckley

Take four modern day Wicca witches, a new neighbour with marriage difficulties, an unspoken affair and a triple strength customised spell that goes wildly out of control and you have the ingredients for a funny, fast paced drama comedy called ‘The Love Spell’ from local writer Heath Buckley.

Marjorie, Anita, Francis and Dorothy are four best friends who share a secret; they are modern day witches and the leaders of a coven in the leafy London suburb of Oak Dale.

With a major festival approaching, their lives are turned upside down with the arrival of new neighbours who present them with a dilemma that will change everything.

The women have an incident in the past to atone for and so they decide to act the only way they know how with unexpected consequences that will touch them all.

As if that was not enough they must resolve the situation before Halloween and stop a national newspaper reporter from exposing them all in this hilarious tale of friendship, redemption and above all, love.

I live in London, one of the most dynamic cities in the world and a location famous across the world. I use it all the time in my books and I love it.