You are here: Products The Legacy of Tallow Manor by terence j goodchild 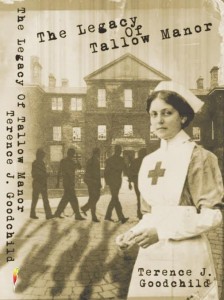 The Legacy of Tallow Manor by terence j goodchild

But later takes in countries such as Australia, New Zealand and Greece and through two world wars it follows the main characters of Benjamin Rawlings and Elizabeth Gatcombe two young children brought up in very different circumstances, Benjamin the son of a Farriers at Gatcombe manor and Elizabeth the heiress of Lord Simon Gatcombe.

They become friends early on at the age of thirteen then Benjamin and his family are let go of Gatcombe as it falls on hard times and Lord Simon gives the Rawlings chance of a new life in Australia they leave on a convict ship that is sunk in a hurricane off the east coast of Australia Benjamin climbs back on board to try and help the prisoners escape but is captured as a convict and chained up. Elizabeth gets a letter off her father when she is sent to Italy away from Benjamin as Lady Elanora Gatcombe does not want her daughter mixing with a farrier’s son the letter says Benjamin and his family have been killed in a shipwreck.

She believes Benjamin to be dead, he believes Elizabeth to have been married off and throughout their lives they meet many new people and many adventures are bestowed on them, Elizabeth builds a business and then goes to war as a nurse in world war one Benjamin gets involved with Jonathan, who rescues him from the soldiers who hold him prisoner they in turn get involved with Henry a gold miner and Josephine a shop keepers daughter and Grant Farnsworth a captain of the garrison in Australia that keep all the convicts in line Benjamin and Grants paths have crossed when they were young but Grant does not know that until the day they face each other in a fight to the death.

I am an English writer born in Manchester in the north of England and now live in Tasmania with my wife on a farm with our horses. After travelling in Europe for many years my wife and I came to Australia for a holiday in 1981 and found that we could live in this country, so we migrated in 1988 to Melbourne, but now live in Tasmania. I have been writing for about 12 years, and have written 17 novels of fiction and about 100 poems that I may put in a book one day, I try and make my books somewhere the reader can escape to, and hope they enjoy my stories, I put in a few truths, just for spice to make it more interesting, and a few one liners, I put the characters in my stories of people I have met and places I have travelled to and write how I see things, I have had two books published in the UK one by i2i publishing.co.uk called The Joker, and one by Austin Macualey called The legacy of Tallow manor, which has just had a five star review

When I lived in the UK I visited many stately homes, and often wondered who lived in them over so many years