You are here: Products The Leader by Shanna Bell 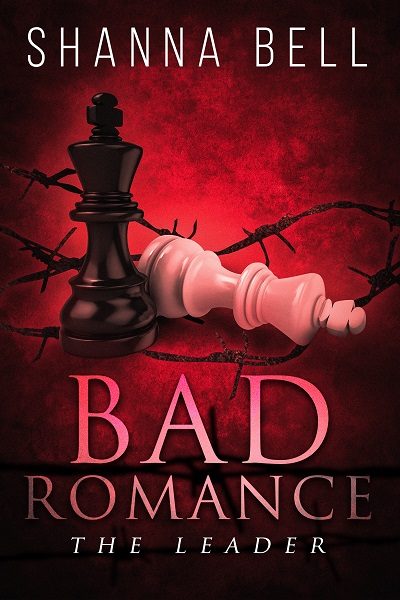 The Leader by Shanna Bell

HIM…
I will avenge my parents’ deaths.

I will make those who are responsible suffer.

All I need is her; the key to my plans.

HER…
I’m going to leave everything behind and start over.

I won’t bow down to anyone.

The last thing I need is him; the shackles to my freedom.

I like reading and writing about sassy women who can save themselves and alpha men with a heart of gold (sometimes). Yay to insta-lust, nay to insta-love.

If you're into romantic suspense, happily ever afters, and some steam (ok, sometimes a LOT of steam) try one of my books!

Giovanni Detta stared at the gritty pictures of Gina, Jocelyn, and Mary Rossi: his selection of potential brides. He had less than a month to put a ring on one of their fingers. None of the girls were on social media, so he only had a handful of pictures they had been able to find within their limited timeframe. Considering the line of work their patriarch, Antonio Rossi, was in—laundering money for the mob, amongst other things—it made sense to not have their pictures plastered all over the internet.
“I still can’t believe you agreed to this,” his brother Vincent said, from the couch on the other side of his desk.
Vince was a firm believer in variety being the spice of life. Co-owning an adult club, where he shared women with his business partner, had made him an even worse player than the born womanizer he already was. Vince couldn’t fathom the thought of being with one woman for the rest of your life. Or, per Antonio Rossi’s demand, for at least two years, in Gio’s case. But that was the deal. Stay married to one of the Rossi girls for that time, in exchange for Rossi Enterprises; an asset that was crucial in their plan to avenge the murder of their parents. Of course, with the way Rossi’s business was going, the old man didn’t have much choice but to entrust his legacy to Gio instead of a looming hostile takeover, but Gio couldn’t take the chance that this deal might go awry. Rossi might have come to him first, since he had been friends with his father, but in the end, business was business. If a better offer came along, he wouldn’t hesitate to pawn one of his granddaughters off to another man.
He leaned back in his chair. “Yeah, well, I did. So, help me pick a bride so we can move on.” Sharing his name with one of the Rossi girls was just a means to an end.
“I’m just saying, you’re only thirty, for Christ’s sake,” Vince continued. “Far too young to get hitched to just one woman. You should be sowing your oats for at least another decade.”
“Says the king of sowing his oats all over the West Coast,” Jackson scoffed.
Vince flipped him off, earning a grin from their youngest brother, who sat on the corner of the desk.
“I have four weeks, tops, before a hostile takeover.” Which was the reason why he had to pick a bride in such a short timeframe. He looked at Jackson, the smart one. The lawyer with a brain, who never forgot a thing. “Talk to me, Jax.”
Jackson leaned over the desk and pointed at the first picture. “Meet Gina Rossi. Twenty-three. Currently working as an interior designer. Though, working might be a bit of an exaggeration. According to her tax returns, she only works a job or two a year. Spends most of her time spending Antonio’s money.”
He pointed to the second picture. The girl was wearing a leather jacket and jeans. Half her face was obscured by a baseball cap. “This is Jocelyn. Graduated top of her class. She wrote a thesis on software programming and—”
“Not that one,” Gio said, discarding the picture. He needed a wife who loved to spend her days shopping and visiting a salon. One that wouldn’t ask any questions and would leave him the fuck alone.
“Why not?” Jax smirked. “Don’t want a wife with brains?”
“What would she need a brain for?” Vince said with a wink.
“Damn, you two are misogynists. I already pity your brides.”
Vince snorted. “Don’t think I don’t know what that fancy word means, Harvard boy. I happen to love women, not hate them, so that word doesn’t apply to me.”
“We already have an annoying brainiac in the family, Jax. You’re more than enough.”
“Smart women are the worst,” Vince chimed in. “Also, the other two look prettier.”
Jackson gave them a disgusted look and pointed at the last picture. “Which brings us to the youngest, Mary. Twenty-year-old art major and, according to what intel I’ve been able to gather so far, as sweet and innocent as her name.”
The girl was pretty, Gio had to admit, but looked like she might break after one good fuck. Also, he didn’t do sweet; though, he knew looks could be deceiving. His current mistress looked like an angel too, but was a devil in bed. Just the way he liked it.