You are here: Products The Labyrinth of Passion (a trilogy) by Charles Westmont 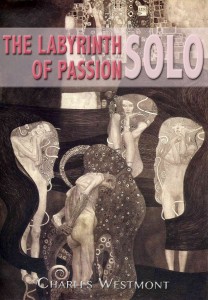 The Labyrinth of Passion (a trilogy) by Charles Westmont

Steeped in ancient Egyptian myth and legend, this trilogy is the story of a young woman and man’s coming together in a romantic union that angers the Gods with its heavenly passion. As the lovers explore one another and the world around them, taking the reader through war-time France, the Dordogne, Corsica and other exotic locations such as Cyprus and Sydney, we too become enraptured in their journey. Yet what will fate hold for two whose love is so deep that everything may be in peril.

The author began writing privately, to fill the void and loneliness of constant international travel over forty years. He was motivated to renew his pen when he began spending more of his free time in the exalting natural wonders of the US/Canada border. The marvel of a passionate love relationship inspired this first novel.

In an age when women are rapidly gaining the respect and equality they deserve as human beings, the novel denounces two age old aberrations, the subordination of the female to the abuses of the male and the prudish concealment of healthy sexual intercourse that is or should be a part of everyday living between lovers.

It was raining all the way from Paris. The lovers settled at Hotel Gouin at Place Plumereau. As usual, Etienne did not make reservations and they were fortunate to take the last room available. It was a very small room, mostly enclosed in a dormer.
The city of Tours is called ‘Le Jardin de la France’. Several parks adorned the city spreading between two rivers, the Loire to the north and the Cher to the south. The city is famous for its original medieval district, ‘le Vieux Tours’. Unique to the Old City are its preserved half-timbered buildings and la Place Plumereau, a square surrounded with pubs and restaurants.
The bells of the cathedral struck twelve times, when Etienne sat up on the bed. He had to gather all his willpower to open his eyes. A sunray was shining through the dormer window lighting the wall ahead. “Good heavens, it is past noon,” he said out loud, “Justine wakeup, I promised that we would leave the room by twelve o’clock.” When he emerged from the bathroom, he saw her still asleep. She had been totally irresponsive, oblivious to his demands. She lay uncovered, there were no sheets in sight.
“Well, if I recall, the last round of our love bout was ending with the bell striking ten times, my poor darling is a technical knockout.” With malicious compassion, he began caressing her hairline, just at the edge of her face, then letting his lips drop to beckon at her eyelids. A light murmur intensified, when his lips moved along her cheeks to her ear lobe, lingering and floating around, lost in her hair.
“Am I dreaming?” she whispered. He rolled over, warming her body delicately with his own. Like magnet and metal, they fused together for a moment. They could share in their chest that sense of void that every pore in their body was longing for, with the intensity of it being never enough. He pulled up and pinched her arm, “Come on! I crave for you, but we must get out of here.” These words did not reflect the frustration in his groin, calling for a very different outcome.
She remained behind him, when Etienne approached the reception desk, to settle the account. “We overslept, your bed was too comfortable.” The attendant could no repress a smile, seeing these two totally exhausted characters barely standing. She refrained however from calling an ambulance. They struggled, hand in hand, toward the exit. Etienne noticed a scruffy bearded gentleman sitting in the lobby that appeared quite interested in them. He accelerated his pace to get to the car.
On the way to back to Paris, Etienne was reliving in technicolor the film of their long love-making marathon. His hand instinctively lingering on the flesh of her thigh. It all started when they were settling in the minute bedroom. “I am hungry!” Justine cried. Etienne turned to respond. “Shut up! I do not need an answer,” and she moved on him in a passionate embrace.
“You are the meal, I am craving for,” she mumbled, “I am hungry enough to eat you whole.” Etienne was the helpless victim of a kissing session that lasted close to an hour, first standing up and then propelled on the bed. He would come out for air, but she would attack again with more and more ferocity. “Shut up! She repeated, I do not need answers, my lips need your silent attention and surrender,” and she would carry on her kissing with merciless intensity. “Tonight my lord you are mine to abuse.”
The cathedral bells rang twenty one times. Justine pushed Etienne away and pulled her shirt over her head, breasts darting at him…