You are here: Products The Kiss of Karma   by Vimal Vaz 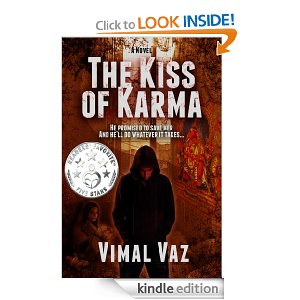 The Kiss of Karma   by Vimal Vaz

Young Ash lives with an abusive father in London’s East End, but he thinks his biggest problem is keeping his girlfriend a secret. Then he sees red stuff on his sister’s dress. Blood! She recites a sick poem. It means only one thing, and the thought is unbearable. Should he blow the whole thing wide open? The shame of it. There’s no one to turn to. “It’s our karma.” His mother’s answer for everything. But Ash refuses to accept this as fate. Alone, he embarks on a violent quest to get rid of his father.