You are here: Products The Kinky Prince: The Complete Series by Wilde Mann 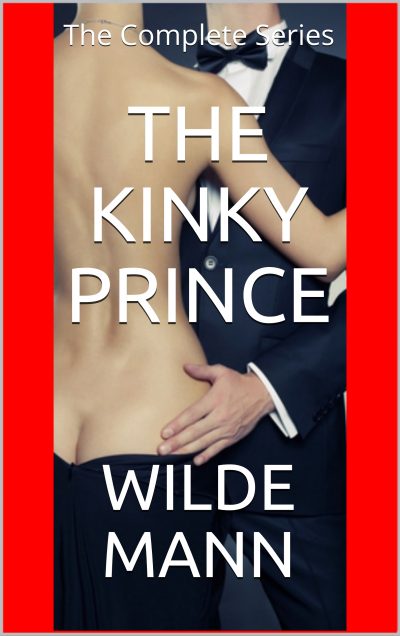 The Kinky Prince: The Complete Series by Wilde Mann

Have you met Prince Stefan yet? He’s the most photographed member of the Royal Family, and the randiest. His mother the Queen bought him a membership in a sex club in London to keep his antics out of their own country.

Follow his adventures through the five books included in this volume, Watch him cavort with actresses, a princess, and his own secretary, or as he calls her, his sexetary and finally decide to get married…

It’s a hot, steamy time when you follow Stefan’s sexcapades, guaranteed to make your panties damp and leaving you longing for a night with him!

If you like reading about slightly wicked Alpha men as they satisfy their carnal urges, you’re going to love Wilde Mann’s series, The Kinky Prince.

Get it now, and get off on his adventures as he enjoys some very kinky times!

When I’m not writing kinky stuff, I’m watching Formula One or The Premier League Football Games and drinking beer. My girlfriend says I’m a slob, but she’s still sticking around. I think she likes my probe.

Be the first to review “The Kinky Prince: The Complete Series by Wilde Mann” Cancel reply