You are here: Products The King’s Fate by Rissa Blakeley 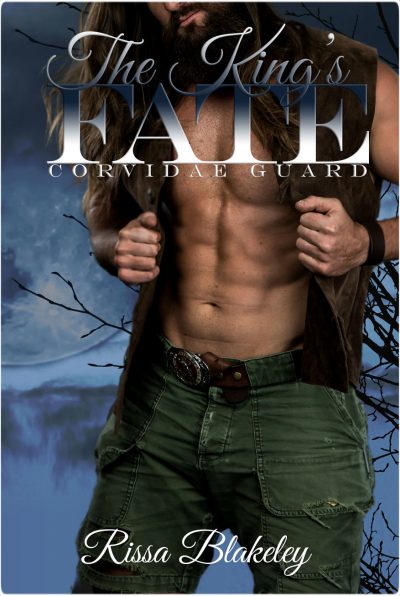 The King’s Fate by Rissa Blakeley

In a world where Fae and Vampire will forever be at odds, a Vampire wins the crown, ruling the Fae Realm for the first time in history.

After the execution of the Succubus who attempted to murder the King, her Incubus vows to avenge her, putting a devious plot into action. Breaking Fae law, he creates what he thinks will be the most powerful half-breed known to the Realm, placing him as a pawn to make the King feel the pain of death while living.

The Incubus shows patience, waiting for the right moment to strike.

Upon his half-breed son’s eighteenth year, he conjures images full of romanticized thoughts and desires that pushes his son and the King together, creating a fiery love affair neither could have imagined.

Will the Incubus avenge his love?
Will the plot bring the King a fate worse than death?
Will the King and his male lover survive?

Rissa Blakeley is the author of a fantasy paranormal series, Corvidae Guard, and a post-apocalyptic saga, Shattered Lives, which features a paranormal twist and has been adapted into graphic novel form.

As a native New Yorker, Rissa is now a Georgia transplant who is completely addicted to black coffee and La Croix, obsessively listening to songs on repeat. Her days are packed with characters screaming for more scenes, cats living up to their Harry Potter namesakes, lazy dogs, a teenage daughter, who's bringing Emo back, and a Viking husband, who finds her puns less than funny. When Rissa isn't writing, she can be found procrastinating on social media.

Before I started writing The King's Fate, I was approached by a reader who said there weren't any paranormal romance books for him. We discussed it at length. Shortly after, I wrote The King's Fate.

A smile graced his lips, hearing his favorite song fill his ears. A rhythm only he was privy to. It was the sound of hope and peace. Love and understanding. It was a world he had quickly learned to enjoy. And, by Gods, he missed hearing it while locked away in that cave.
He spent his nights and days thinking of the beat thrumming in his mind, echoing in his heart. He thought of the times it raced from heat, and the times it slowed to a mere whisper in the calm. When he heard it again for the first time in two centuries, he could have died a happy male, knowing he had been sought after for so long.