You are here: Products The Hunt Part One: Domination: A Fantasy Paranormal Shifter Serial Romance by Anne Marsh 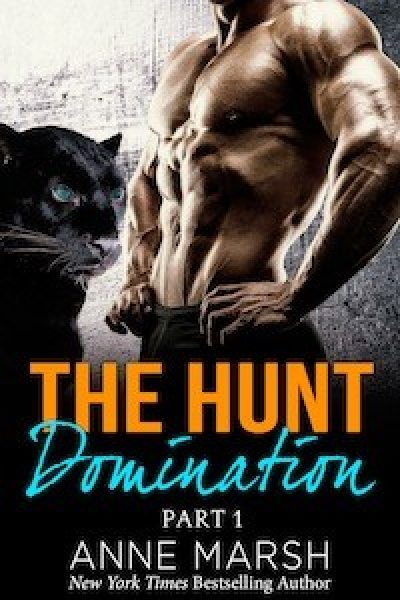 No matter how they try to flee, the virgins who enter the twisting tunnels of the Guardians are destined to be caught. Actually, most don’t try too hard. The stories of warriors who can take on Cat form, of lovers who can make a woman scream with pleasure, are just too enticing.

But I’m no virgin, and I’ve joined the Hunt with my own agenda. After I steal the moonstone necklace I’ve been sent for, I have no intention of becoming some Cat’s tasty morsel. But you think someone would have warned me that these have some deliciously kinky habits, and the dark hunter on my trail isn’t about to let impudent thievery go without punishment of the most exquisite kind…

I’d just been laid off from my dream job at Pixar–so I decided to write a fun, sexy book that would make me feel better… and that included all of my favorite elements: a shifter hero, a fantasy world, a sexy chase, and a little kink.

Be the first to review “The Hunt Part One: Domination: A Fantasy Paranormal Shifter Serial Romance by Anne Marsh” Cancel reply