You are here: Products The House On Blackstone Moor by Carole Gill 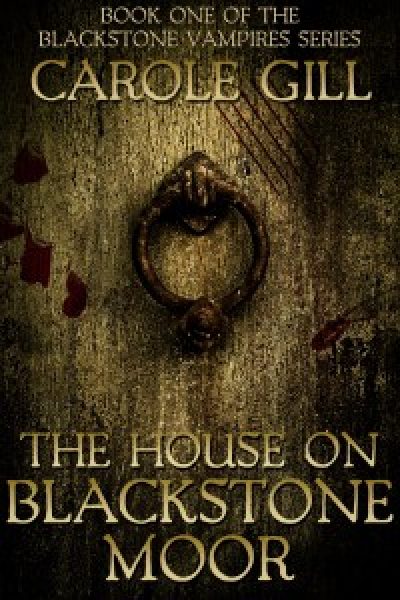 The House On Blackstone Moor by Carole Gill

Unimaginable horror awaits you in The House on Blackstone Moor…

Rose Baines’ journey into the dark begins with the murders of her family by her insane, incestuous father. Evil has found a way in, as has the world of the undead. Will she become one of them?

The horrific discovery causes her to be incarcerated in two madhouses. Doctor Bannion, superintendent of Marsh Asylum, helps his favorite patient obtain a position as governess at Blackstone House, but why is he so adamant? The house, her charges tell her, is built on haunted moorland. Nothing is as it seems for Blackstone House, and its inhabitants have hideous secrets; the greatest secret of all is that of the blood.

Amid the unimaginable horror there is love – which comes at a terrible price. The House on Blackstone Moor is the first novel in Carole Gill’s Blackstone Vampires Series. It is an epic tale of the eternal struggle of good vs. evil, and a story of love that strives to prevail, despite all odds.

The House on Blackstone Moor is a sure pick for fans of gothic horror novels and darkest vampire romance.

Yes, dread and fear are different. Dread is beyond fear, I think. Dread knows fear was correct in the first place, and it just intends to sit and wait for the worst to happen, which will happen because dread, if nothing else, is sure of itself.
So what did I dread? The answer is a great many things, but mostly I dreaded the future.
Emotional pain is worse than physical pain, I believe. No part of my body hurt, yet I was suffering more than I ever had in my life. Here I was, barely seventeen and without family.