You are here: Products The Homecoming by Dougie McHale 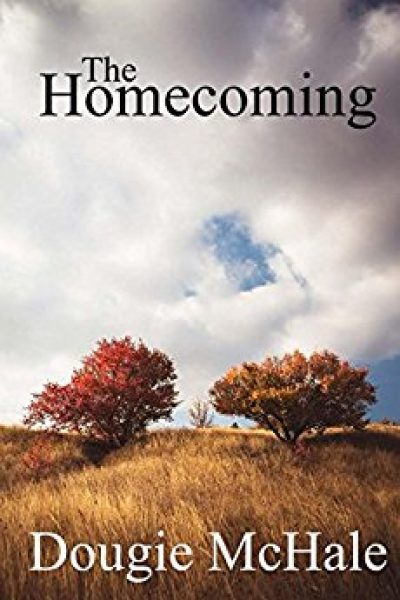 The Homecoming by Dougie McHale

It only takes a second to change a life…

Louis Satriani, a successful architect, has the perfect life – or so he thought, until he finds out his partner is having an affair. Distraught, he abandons his life and embarks on a journey that will take him through the landscapes of Greece and into a family’s hidden past…

Maria Nasiakos, a young attractive tour guide, living on the Greek island of Zakynthos, feels that life is passing her by. When she meets Louis, a decision is made that will change both their lives forever…

Forced to confront past love and betrayal, Louis has to choose between his heart and head. As he unravels the truth about the extraordinary past of Maria’s mother, can their love survive life changing events and the unfolding of a secret that can only be resolved by a homecoming?

In a past life Dougie has been a dockyard worker, student, musician and song writer, playing in several bands, performing live and recording music. He has a degree in Learning Disability nursing and a post graduate diploma in autism. Dougie lives in Dunfermline, Fife, with his wife, teenage daughter, older son and hyper active golden retriever. He is interested in identifying with a physical place and the feeling of belonging therefore Edinburgh and especially Greece are prominent in his writing. The Homecoming is his first novel, inspired by a love of all things Greek, her islands, people, landscapes, sea, light and ambience all of which are important themes and symbols in his writing.

It was the novel I was always going to write. I wrote it over a period of a few years and during that time my writing developed and improved and it grew with me. Many years ago when I wrote my first ever song I thought it was good at the time, however, as I learned the art of song writing I realized that as a process it takes time and a lot of practice before you finally get it right. Writing the novel was the same. I revisited the plot and prose which involved lots of drafts and with each visit it was like getting acquainted with an old friend again. Initially its flaws and weakness were all too evident but with time its strengths and potential matured into a story that I really cared about as eventually my writing improved and I felt competent with my style. It became a potent part of my life. As my writing progressed, the characters developed into intricate individuals with private and personal sides, their hopes, motivation, dreams and conflicts drove the plot forward. They became like real people to me who I empathized with and who I had watched grow and develop.