You are here: Products The Hidden – Werewolves and Shifters Part 1 by Ethan Sandlow 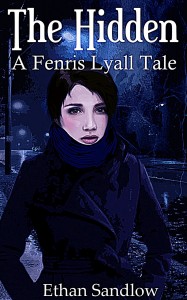 The Hidden – Werewolves and Shifters Part 1 by Ethan Sandlow

There was nothing extraordinary about Amanda Burrage’s life. Working in a library by day and helping out at a homeless shelter a few evenings a week was a lonely existence, but it was an existence that would be lost to her forever!. Her life was about to be turned upside down, as she would find herself walking into a into a storm that would open her mind to a world which belonged on the pages of books and and bad horror movies. She was also about to discover that she wasn’t who she thought she was. Thrust into a world of horror and the supernatural, where figures that should have belonged in the world of fantasy and the paranormal, had come to take her to make use of the gifts that she possessed and until now, had been completely oblivious to. The shifters from The Faction had come first, and they would have claimed her if it hadn’t been for the appearance of Fenris Lyall, a tall, dark, and mysterious stranger