You are here: Products The Heart’s Melody by Chava Epstein 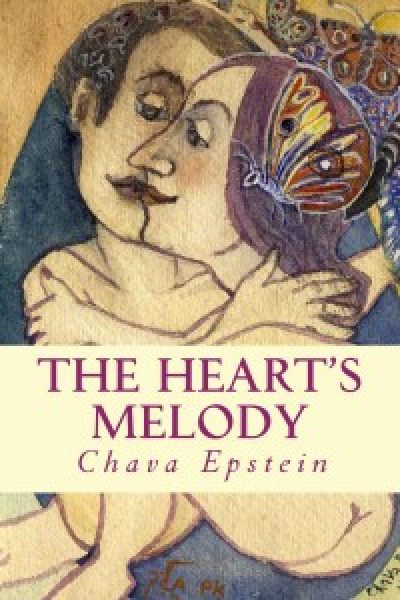 The Heart’s Melody by Chava Epstein

The Heart’s Melody is the story of Noa, a mature Israeli Jewish woman in her fifties, who, in order to understand the miracle of life, allows the unexpected to happen. She is developing a complex romantic relationship with Amar, a young Arab man of twenty-eight, who she meets at an empowerment and self-awareness course.

In this relationship Noa finds her inner voice that had been suppressed and silenced for years. This relationship is almost impossible because of the immense differences in age, sex and nationality. This is a multi- layered voice that is reflected in a variety of dreams, fantasies, fairy tales, and reincarnations.

If you’re wondering how it is possible to bridge between conflicting cultures and heritages, this story will challenge you.

If you love an exciting and exhilarating love story between a man and a woman, a love story that reaches new heights of happiness just to crash down into the abyss of vicissitudes and mysterious pain, this book is for you!

This book also contains fifty paintings selected from a collection of works by the author, each of which is designed to express the atmosphere of the chapter it accompanies.

2012 – The heart, its Demons and its Angels, published by Knafaim

At the end of 1995, right after my divorce, I attended a Mutual Advice course for a year. It was held in Jerusalem, where both Jews and Arabs took part, sat next to each other, and came to know and get close to each other, despite the bitter reality of the Palestinian uprising and terrorist attacks. This workshop sessions inspired me to write this book.

34
IN THE NARROW SPACE
BETWEEN THE STAGE AND THE CURTAIN