You are here: Products The Heart of Hallows Eve by Vanessa Kittle 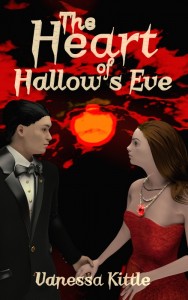 The Heart of Hallows Eve by Vanessa Kittle

A fun and fast-paced Halloween adventure romance. A blind date quickly leads Alice into a menacing adventure with a very charming but secretive and dark man. What will she do when she discovers the shocking truth about Elliot? The heart of hallows eve mixes mystery with romance and the supernatural and is a perfect read for the Halloween season.

This one was inspired by a number of paranormal adventure stories like the davinci code and the indiana jones stories.