You are here: Products The Heart of Gold by Hemalatha Gnanasekar 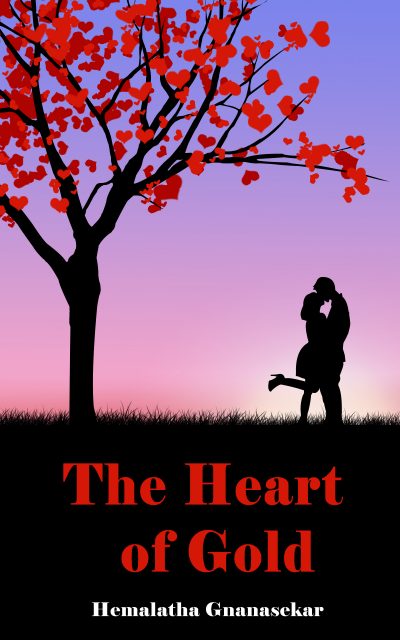 The Heart of Gold by Hemalatha Gnanasekar

The Heart of Gold is a gripping romance thriller that explores not only the dangerous territory of love and marriage, but also the changing culture of modern Indian city life. Mukesh and Nithya are caught between time-honored traditions and the new, fast-paced global lifestyle.

Mukesh, a successful business man on a steady rise in the corporate world, is hesitant when his mother urges him to find a wife. But when she introduces him to the bride she’s chosen for him, Mukesh is surprised by his luck: Nithya is beautiful, smart, cultured, and from a good family. It seems like a perfect match, and he finds himself falling in love.

But before he can settle into his new married life, Nithya tells him the horrible truth: her parents blackmailed her into the marriage. Instead of love and companionship, it’s longing and agony for Mukesh while Nithya feels only anger and resentment towards him and her parents.

To make matters worse, Giridhar, a flame from Nithya’s past, unexpectedly makes his way back into her life. At first, Nithya is wary of her ex, but as she grows more and more distant from her husband and her parents, she finds herself letting him in. Giridhar convinces her to go away with him on vacation, where events take a dangerous turn. When she awakens, locked inside a lodge alone in the dead of night, to a strange noise at the door, she realizes that perhaps she shouldn’t have trusted him so blindly.

Meanwhile, Mukesh struggles to come to terms with his failed marriage and his wife’s abandonment. With no one else to turn to, Nithya calls him in her desperation, but will he be willing to help her despite his anger and wounded pride? Can they put the past behind them to disentangle her from the peril she put herself in?

Hemalatha Gnanasekar works as a secretary in Hindustan Petroleum Corporation Limited. She lives in Chennai with her husband, daughter and son. Reading is and has always been her passion and has slowly fueled her desire and zest for writing.
Even as she Juggles and maintains the balance between home and work life, she still manages to write a few pages every day. Her books generally describe the contemporary life-style of people and the complications they get entangled with.
She likes to write about women and the variegated challenges they face.
Her published books include: The Priceless Gift and Life Lessons from India-A Woman’s Memoir.

The fact that young teenage girls don't value the advice of their parents and get into trouble is what made me write this book.

Mukesh was having a bath when he heard his cell phone buzz. He ignored it. He cursed his mother for having talked him into marrying a girl ten years younger than him, despite his protests that their viewpoints would be incompatible. Although he had borne all his young wife’s tantrums and wayward behavior patiently, she had left him. Mukesh was heart-broken now. His marriage had lasted only six months. All his efforts to salvage it had been futile.

He had switched off his cell phone the previous afternoon. Ever since he had read Nithya’s dreadfully final note, his mind had been in turmoil and he wanted to shut the world out. If only he had not been quite so accommodating and adjustable with his young wife’s vagaries, things would never have come to such a pass. But the damage was irrevocable and all he could do now was to reconcile himself to the broken relationship and move on.

It was only early that morning that he had switched his mobile back on and he was already regretting it. He stood under the shower for a long time, letting the cold-water flow over his body, but it did little to soothe his turbulent thoughts.

When he stepped into the bedroom, toweling his rather slim body, the phone was still ringing. Irritated, he picked it up, then froze when he noticed the caller ID. Nithya. What did she want from him now ? Hadn’t she caused enough agony already! He disconnected the call; almost immediately, the phone rang again. He let it ring for a minute or so before finally giving in. ‘What do you want?’ he asked gruffly.

In response, all he could hear were sobs. Frustrated, he yelled, ‘Who is this?’

‘Is that so?’ he asked sarcastically.

Nithya sniffed and cleared her throat. ‘Mukesh … please note down this address and come quickly.’

‘Nithya,’ Mukesh said, ‘you and I are finished, remember? So this, whatever it is, is none of my business!’

‘Mukesh, please,’ she cried, beseechingly, ‘I don’t know how much time I have.’ She dropped her voice to a whisper. ‘I cannot talk now. I’ll explain everything in detail later. Now, please, please, write this address down, and come here as soon as you can.’

As Mukesh desultorily scribbled the address on a bit of paper, the phone went dead.

Mukesh stared at the address blankly for a while before crumpling the piece of paper and flinging it into the bin. If Nithya was in trouble, she deserved it.