You are here: Products The hardest Way Out of Love by Austin Mitchell 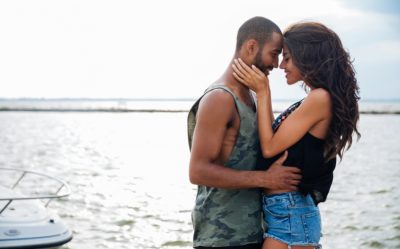 The hardest Way Out of Love by Austin Mitchell

It took a fight between Syd Daniels and Karl Parker before Dean Morgan realized that he and the latter man were sharing Debra Menzies. Then a lot of things happened after that incident. Karl’s woman left him, and Syd’s wife also left him too. Debra’s boyfriend also left her. Only Dean escaped unscathed as his wife Merris had found out about him and Debra. Debra told her that while she was convalescing after giving birth to her two babies, she was the woman taking care of Dean. He has denied this, but Debra told Merris that she just has to snap her fingers and he will run to her. Now Dean has found another woman in bottle shaped Tanya Dixon. Merris has put a detective on him and is threatening to divorce him. She owns the house they live in and the company he works with is owned by her family. Although he knows the precarious situation he is in, he is refusing to give up Tanya.

My love of writing

When Reva Lobban woke up, sunlight was streaming into her bedroom. Her cell phone was ringing and she picked it up. It was an unknown number. She pressed the call button.

“Reva, why don’t you leave my man alone?”

“Listen girl, if you don’t leave Karl alone, you’re going to be sorry.”

She wasn’t hearing anything. It seemed that the woman had cut off the call. She rolled over on the bed and got up. She
decided to call the number and give the woman a proper tracing. All she got was her voice mail. She called Karl’s number and got his voice mail. She looked on her cell phone again, it was minutes to five o’clock. Her boyfriend, Denton Dennis, was down in Montego Bay on an audit assignment for his company.

Debra Menzies woke up before Karl Parker. She slapped him on his back, waking him up.

“Carlene will kill you.”

“I told her that I was at an old hits session with some of my friends. She knows that I like to attend those events.”

“If she phones any of them, they’ll tell her that you’re not there.”

“I’ll find something to tell her.”

He reached for her, but she moved away.

“Oh God Karl, after last night. I don’t have the energy for anymore sex right now.”

He started peeling off his shorts, but she held on to his hand.

“Karl, I told you no, already. I’m sure that Carlene will be only too happy if you came home to her now.”

“What are you going to do when Simon’s shift changes and he’s only working daytime hours?”

“It’s time we made up our minds. I’d walk out on Carlene this minute if you promise to be mine and only mine.”

“You forget that I have a very jealous live-in lover. You know what he’d do if he caught both of us together.”

As Debra got ready for work the next morning, her cell phone rang. She picked it up and pressed the call button, Dean Morgan was on the line. He was in his car heading out for work, when he called her.

“What the hell was wrong with your phone last night?”

“It needed charging. I didn’t know until in the morning.”
“Was Simon there last night?”

“I want to see you this evening.”

“Okay, where and what time?”

She heard the bathroom door open and Simon came out.

“Who the hell were you talking to?”

“You expect me to believe that? Listen, I want to see you in the house by six o’clock this evening.”

“Why, what’s the problem? I’m not having an affair. You still believe all those lies Bobby told you.”

“You get off work early, by five o’clock most evenings, so why do you have to be reaching home after ten o’clock?”

“Sometimes I have to work late and many times the traffic is bad.”

She came up to him and hugged him.

“You know I love you, baby.”
He looked into her beautiful brown face. Her teeth had braces. She had shoulder length hair. She was a tall woman with heavy breasts and hips, just the way he wanted it. He on the other hand was a medium sized brown complexioned man. He was going on twenty-nine years of age while she was two years younger. He was a pharmacist while she was a customer service representative. The relationship was a little over two years old. They live in Zadie Gardens.

“Simon, we need a house of our own, that’s what we’ve been saving for. We don’t need a baby now, darling.”

They pulled apart. She picked up her bag and car keys and kissed him goodbye. As she went towards her car, she
thought about Karl Parker and Dean Morgan. Those two guys didn’t worry her. It was Syd Daniels. He and she had a torrid love affair when she first came to Kingston to work and study. That was about seven years ago. She had broken off the relationship when she caught him in bed with her best friend, Antoinette. He had been threatening her ever since.

In another part of the city, Reva Lobban was in her office and on the phone to Karl Parker. He was in his office when he received the call.

“Carlene called me wanting to know if you were with me.”

“She knows that I was at an old hits party with some of my friends. She is just trying to find out something.”

“Tell her not to call my phone again or else I’m going to really trace her off. By the way how did she get my number?”

“I don’t know how she got your number. I didn’t give it to her.”

“Karl, I’m going to stop talking to you. I want to stop being unfaithful to Denton.”

“But you said he wasn’t a very good lover.”

“So, what, what am I getting from you nothing, but sex. Don’t you get enough from her?”

“I don’t want her calling my phone any night she can’t find you.”

“It won’t happen again. I’ll tell her not to call you again. When can I see you again?”

They both ended the call.

Dean Morgan and Debra Menzies drove into Ricky Chin’s sports bar at about the same time. They were now sitting at a table having drinks.

“Are you avoiding me or something? It’s about a week since I’ve seen you.”

“I live with a man. I’ve told you how jealous he can be.”

“I’ve rented a room over at the Links Hotel for later.”

She knew where it was, a twenty-room hotel on Westminster Road. She had been there before with either man on a few occasions. She shook her head, before taking some more of her drink.

“So why are we meeting then?”

She picked up her bag and car keys.

“Every time we meet all you want is sex from me. Who is the sex maniac here? Aren’t you getting enough from Merris?”

“How did her name come into this?”

“Maybe she isn’t giving you enough. That’s why every time you meet me you want sex.”

“Anyway, Dean, I have to leave. I don’t want Simon to become suspicious that I’m meeting other men.”

“Saturday is a long way from today. You forgot that today is Wednesday?”

“Be reasonable Dean, you know how jealous Simon is. Anyway, I have to leave.”

She gave him a peck on his cheek before going to her car. He
watched her drive out. He took another sip of his sorrel beer. Their relationship was nearly three years old. He knew that he had to be careful. Sometimes he wondered why he had gotten married to Merris Markman. Her father, David Markman,
owned the Markman group of companies. The group was
involved in the importation of both used and new motor
vehicles.

They also imported motor vehicle parts. They also owned
several petrol service stations. Dean ran the parts section of
the company and in five years had made it into one of the biggest and most reliable parts supplier on the island.
Junior Markman ran the vehicle importation and distribution section of the business. Merris was a director of all the companies in the group.

They had a seventy-five-room hotel and spa in Constant Spring which she ran. His marriage to Merris six years ago
had gifted him these opportunities. They had two children, a boy and a girl. He had wanted more children, but Merris felt that she wanted to make a successful career as a business woman and more children would only get in the way.

He knew that one word to her and he would be thrown out of the company. Yet he couldn’t resist women like Debra Menzies. He wanted her for himself. He wanted her to
leave Simon and be his alone.

Just as he got up and was going to his car, he saw Tanya Dixon drive in. What the hell was she doing here? They have a one-year relationship going on. It was nothing strong as she had a boyfriend. If he was not around and he was available she might call him to come and keep her company. He
waited until she had parked and was leaving her car. She was a tall, copper colored girl going on twenty-five. She had well rounded hips and was very beautiful. In fact, just like Debra she had entered a few beauty contests, but had never won anything.

They shared a short hug.

“So, what are you doing here, Tanya?”

“I’m meeting my boyfriend. You know how it is.”

He knew that she was lying. She looked questioningly at him.

“I just finished meeting a client.”

“I’ll see you around, Tanya. Don’t forget to call me.”

“I’ll call and tell you when we can meet, Dean.”

She gave him a peck on his cheek before he went to his car and drove home.