You are here: Products The Grower’s Gift Progeny of Time 1 by Vanna Smythe 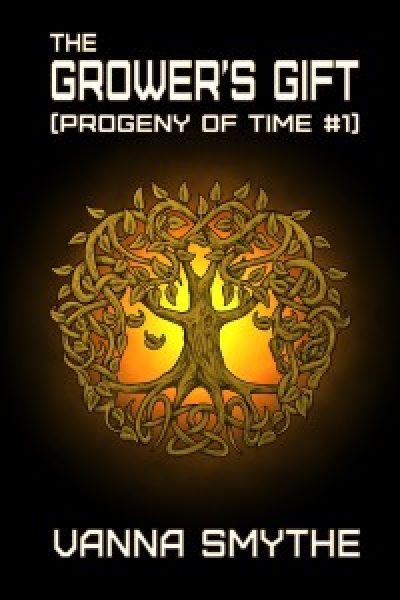 The Grower’s Gift Progeny of Time 1 by Vanna Smythe

In 2102 the Earth is plagued by draughts, floods, and blizzards that come in the middle of summer. The rich and powerful of North America have pulled back into the six remaining megacities, erasing all trace of a central government and leaving the millions displaced by the environmental crisis to fend for themselves in the dying world. But sixteen-year-old Maya is certain she was born with the power to heal the Earth and make it habitable again. The only place she can learn to use her gift is a school, which is run by the ruthless head of the city of Neo York. But the school is only a front for a facility where they will extract Maya’s magic and then discard her. Only Ty, the heir to the city, can keep Maya from being destroyed at the facility. And Ty’s loyalty to his family has never wavered. Will his growing love for Maya be strong enough to save her?