You are here: Products The Girl with Three Eyes by Ana Smocvin 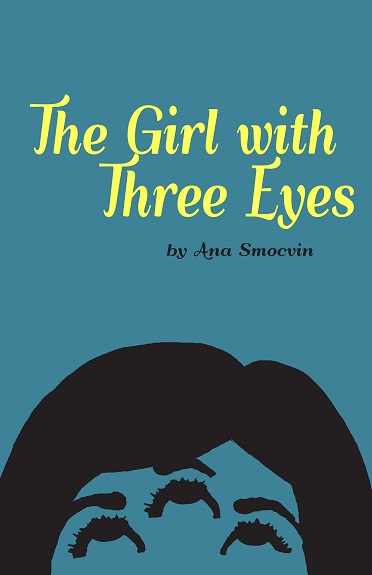 The Girl with Three Eyes by Ana Smocvin

Amy is an unusual girl, she was born with three eyes. But her parents, just like her entourage, can’t accept her hideous feature. One day, however, she realizes that this is rather a blessing than a curse. Her third eye helps her see more than others, she discovers she has supernatural abilities. Will she be able to handle her gift? Would people accept and love her?

Ana Smocvin if a self-published author with a passion for mystery.

I
“It’s a girl! It’s a girl!” The father’s excitement could be heard across the hospital hall. “I have a little girl!!” He exclaimed to the surprised nurse, who was just about to enter an old lady’s room, with a urinal in one hand, and some oddly colored drugs in the other. She measured him from head to toe and drily uttered “Sir, you’re in the way.” This small incident, however, did not seem to bother Mr. Walters.
You see, Robert Walters and his wife, Elizabeth, have been trying to have a baby for at least ten years. The Walters were not a poor family, in fact, one might even say they were fairly wealthy. Neither of them was born into nobility or fortune, but in his younger years, when working in the mine, Roger was blessed to find a tiny diamond. As soon as he understood the treasure he was holding, he hid it in his pocket, before anyone could notice. Later on he sold the little gem on the black market, and yielded just enough money to buy not more nor less than nineteen lottery tickets. It just so happened that he saw a sign in the mysterious finding, and truly believed it was to be his lucky chance. And so it was, one of the nineteen tickets was a winner, and in a blink of an eye he became the happy possessor of one hundred thousand dollars. I know you might say that’s not so much, but it bought Mr. and Mrs. Walters a comfortable life. They acquired some shares in a newly opened company in the oil business, which became fairly successful within two years, and earned them the luxury of not having to work.
Money was not a problem for them, what their heart truly desired was a baby, someone to pass all this fortune to when their bodies would no longer convey life and warmth. They went through numerous doctor appointments and tests and hypothesis and lab results, it just didn’t seem to help. But right when they’ve almost given up hope, the miracle happened, and baby Amy was conceived.
Somehow, it seems they knew right from the start that they would have a girl named Amy. Like a bird spreading its wings for the first time, attempting to conquer the skies, it just appeared to be so natural and obvious, that it just couldn’t be any other way.
Now you must understand the joy and excitement behind Mr. Walters’ exclamations. Nonetheless, his happiness was cut short by a shivering voice:
– Mr. W-w-alters?
– Yes? He answered puzzled.
– My name is Elliot Peterson; I am the doctor who assisted your wife through the childbirth.
– Doctor, thank you! Robert’s excitement knew no limit. His face just lit up, his eyes flickering of pride and pure happiness. It’s a miracle, thank y…
– Mr. Walters! The doctor cut him short. There’s something…There’s something I have to tell you.
– Is everything alright doctor?! Are they both ok?!
Robert grew more and more concerned. He could read in the doctor’s eyes something was wrong. Suddenly his little paradise was turning into a devouring hell. How bittersweet it can be.
– Yes…well..no…it really depends on how you decide to look at it…
– What do you mean??!! What happened?!?!?
– Mr. Walters, you see…well…it would be best for you to see for yourself…
Roger Walters’ heart began to pound so hard, he thought it would jump out of his chest. The seconds seemed to stretch like hours, before he finally reached the ward where his wife and newborn daughter were placed. While approaching, he could hear his wife’s weeping from the hall, so he began to fear for the worst.
As he entered, there on the newborn bed, in the left corner of the room lay his baby daughter, facing the window. She was peacefully sleeping, regardless of the restless noise, unaware of the disturbance she has caused.
– Lizzy, are you ok? What happened? Oh God, please, just tell me already!
– Take a look, Roger. She started weeping even harder, desperately trying to calm her weary nerves.
Roger started approaching her very slowly, so as not to wake up the little thing, his mind full of awful, atrocious thoughts, until finally, he could see her little face. He immediately took a step back, as though being frightened by the discovery. “That’s hideous”, he said under his breath. “Absolutely disgusting” he thought to himself. A few moments later, as the initial shock subdued, he finally had the courage to ask: