You are here: Products The Girl by Guy Benton 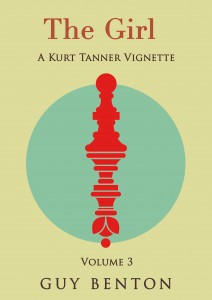 The Girl by Guy Benton

Kurt Tanner is an independently wealthy 48 year old living in Portland, Oregon. In this debut installment of the series, Kurt finds himself obsessed with a beautiful young girl who has entered his life. Her youthful innocence contrasts sharply with her well developed body and Kurt’s instincts are checked when he struggles to confirm her age, knowing that ultimately he must have her at any cost.

Getting to know a beautiful young girl one Summer. Nothing happened but it inspired me to write this fantasy piece.

She took her same position on the couch but now with her legs modestly closed together tightly. She was wearing the matching bottoms of her pale yellow bikini top from the day before, her taut stomach showing fine hair that grew darker as it neared her panties. Kurt noticed that his pulse had quickened, still he felt calm as his hands massaged her perfect skin. She was looking at him, her hand absentmindedly resting on her breast, a slight smile on her lips. When he looked up to meet her gaze she slowly opened her legs. There was no sign of embarrassment in her face, just a pleasant unapologetic look through eyes that sparkled. Kurt responded by sitting upright and caressing her thigh differently than before, now drawing thin lines with his fingertips. As his strokes became longer the girl’s legs opened wider. He took it slowly, luxuriating in the sight of the spectacular body that lay before him. His dick was rock hard and he felt an involuntary twitch when he noticed that a small wet spot had formed on her panties. The girl saw where his eyes were looking and opened her legs a little wider. At the edges of her panties he could now see light brown hair revealed from underneath. The wet spot from her pussy had grown larger.
He looked at her. “How old are you?”
“Eighteen.” she said, almost in a whisper.
He wasn’t able to gauge whether this was the truth or not.
“You know that I could get in a lot of trou” she cut him off and placed her hand on his head.
“I’m eighteen.”