You are here: Products The Ghost Under the Bed by Meg Cooper 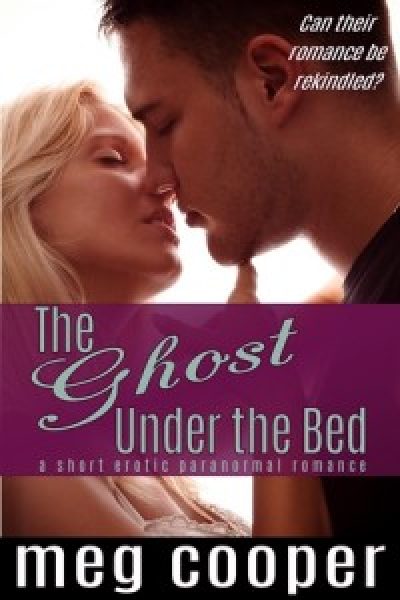 The Ghost Under the Bed by Meg Cooper

Hera Slade and her MMA fighting husband Dean have been married for two years but haven’t had sex for two months — something Hera would like to change, stat.

She has one chance — drag Dean along to a seance at her mother’s house as an excuse to snuggle up with him and try to make things go bump in the night.

What Hera and Dean don’t count on is a voyeuristic ghost — will three be a crowd, or will it make these two lovers hearts — and bodies — beat together as one again?