You are here: Products The Foreman by J.T. Hall 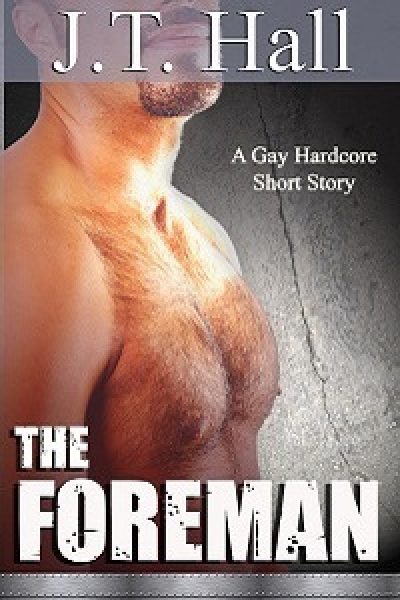 The Foreman by J.T. Hall

Tim’s got a problem with his new job as a carpenter. His foreman, Gary Zucker, is just too damned sexy. With a mustache, hairy arms, and a solid gut, Gary exudes power and confidence, and it’s driving Tim crazy. When Gary notices Tim’s attraction, he figures it’s all over. The foreman will probably fire him for having the wrong kind of wood.

Then Gary surprises him. He shows he knows how to be the boss in more than one way. The question remains if this will be a one time thing, or something more. Tim’s got one chance to show the man how good he can be, before his dream man slips through his fingers.

J.T. Hall has a bachelor degree in Creative Writing and a Master in Education. She has long been active in the LGBT community and does charity work including AIDS education and suicide prevention. She currently works as a technical writer and lives with her partner and teenaged daughter in sunny Arizona.

He really saw no choice. Biting his lip, Tim drew down the zipper, wishing there was just a little more privacy, a little more cover. What if one of the guys walked over right now? But the danger couldn’t inhibit him. In fact, it only spurred him on.
He slid a hand inside his briefs and squeezed the erection there, groaning. Yeah, this wouldn’t take long. He’d be back soon enough on the job, and this time he wouldn’t look like a fool.
A shadow fell over him.
Tim gulped and looked over at Gary who had apparently decided to check on him. Caught with a hand down his pants, no less. He blushed hard, wishing for a nice big sinkhole to swallow him up. So much for this job.
He waited for the words of recrimination, for the tongue-lashing he deserved. When that didn’t happen, Tim risked a look up at Gary’s face. What he saw there didn’t look like anger or disgust.
Actually, it looked a lot more like lust.
“You’re going to give me problems on this job, aren’t you?” Gary’s words sounded like a scolding, but the tone sounded more like a promise, one with all kinds of possibilities. The height of the trucks parked nearby meant that the other men working on the site couldn’t see them. Gary stepped in closer. He reached out and grabbed the waist of Tim’s jeans, pulling him so that he turned in his seat, facing Gary. When Tim tried to slide his hand out of his jeans, however, Gary’s hand clamped over his, trapping him there, palm pressed up against the hard ridge of his cock.
Gary leaned over, eyeing Tim with a sense of authority that made him shiver with want. “I thought I told you to take care of that problem.” He moved his hand a little, releasing Tim’s hand only to explore the outline of his cock through denim and cotton. Their faces were so close, Tim could feel soft breath on his cheek. He opened his mouth, but he couldn’t seem to get any words out. The blood in his brain had all rushed to his dick.
With a suddenness that startled Tim, Gary yanked the fabric of his briefs out of the way, releasing his cock. Tim sucked in a breath as Gary wrapped his fingers around its length, and then Gary kissed him, hard on the mouth, bristly hairs scraping him. Tim tensed as Gary pulled hard on his dick, a teasing pull that almost lifted him from the seat. He couldn’t help it; his cock spurted a little precum as Gary’s hand moved over the head, milking him.
“Oh hell,” Tim whispered, when the kiss had ended. He pried his hands off the seat where he’d tried to anchor himself, reaching out tentatively to Gary’s waist. Gary knocked his hands away.
“Did I say you could touch me?” He gave a hard stroke to Tim’s cock to emphasize his words. Tim shook his head, grabbing for the seat again.
“You make me come over here to solve your damn problem . . .” Gary began again, but whatever else he was going to say was buried in kissing Tim. His hand started to work a relentless rhythm now, stroking from base to crown. Tim tried to breathe, feeling dizzy.

Be the first to review “The Foreman by J.T. Hall” Cancel reply