You are here: Products The Forbidden Life: Money, Fame, Secrets What the Price of Freedom? by Lifar Waidus 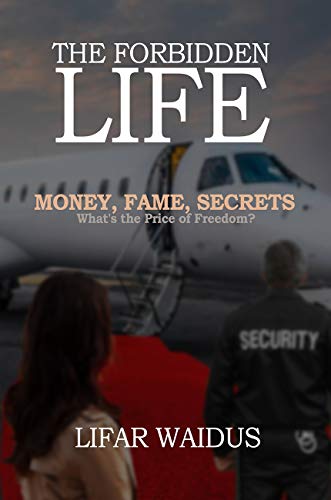 The Forbidden Life: Money, Fame, Secrets What the Price of Freedom? by Lifar Waidus

In a foreign land of royals and a wealthy family, Atheela is miserable. Following her sixteenth birthday, she has a run-in with her overbearing father, Victor, that ends with a nearly fatal accident. She’s sent to a posh rehab where she’s thriving, free from Victor’s excessive rules until one of his henchmen arrives with the news her older sister was given into an arranged marriage and she must return home for the engagement party. Setting foot back in the lion’s den of her childhood home is too much to handle, and she knows she has no choice but to smile and look pretty for the cameras. Little did she know that nestled in amongst the crowds of oil tycoons and superficial heiresses at the party, she would discover her first love. She falls for him hard and fast, sneaking out to clubs and late-night calls, certain that in no time she’d be walking down the aisle to be his Mrs. Her whole world is turned on its head the day of her sister’s wedding, when she learns the diabolical truth behind how Victor’s accrued his astronomical wealth, and she is forbidden from ever seeing her love again. She’s forced to flee her homeland and start a new life from scratch, a free life on her own terms and with her own rules. Content alone and fulfilling her dreams, fate drops an opportunity in her lap she can’t resist—the opportunity to love again. Everything is going perfectly fine until a member of her family is cruelly killed in revenge for Victor’s crimes, and she is forced to face her past and the man who almost destroyed her, again.

Be the first to review “The Forbidden Life: Money, Fame, Secrets What the Price of Freedom? by Lifar Waidus” Cancel reply