You are here: Products The First Alpha by K A Taylor 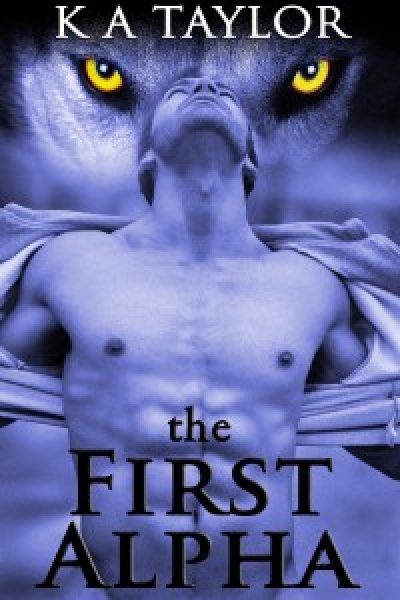 The First Alpha by K A Taylor

Adam has waited an eternity for his mate. After three thousand years of searching he’s almost lost hope that he’ll ever find her… almost convinced himself that God has forsaken him.

Cassie is miserable. At just 23 the buxom, beautiful werewolf has found herself caught up in her mother’s Machiavellian power struggles, forced into an arranged marriage with the cruel, violent alpha of the Ironclaws, Lucius. When the Long Night arrives Cassie will be his property, to do with as he pleases.

Imprisoned in Lucius’ summer home with Megan, a gutter-minded 400 year old teenager, and Rutherford, a senile housekeeper who can’t remember where he left his trousers, Cassie has resigned herself to her fate. She’d never dare go against her mother, and to reject Lucius would lead the weak Darkfangs into war against the mighty Ironclaws. Cassie knows she has no choice but to sacrifice her happiness for her tribe…

… And then she picks up a scent on the breeze.

The First Alpha is a tale of love against all odds; of betrayal, scheming and intrigue, and of two lost souls linked together across time.

Both K A and Aya can be found occupying the same body in the streets of Bangkok, snacking on Pad Thai and poor imitations of pizza, dreaming up the next story.

I wanted to take an established trope and put a unique spin on it, I’ve always loved werewolves, but stories in the genre can often be sadly cliched, treading the same well worn path. With The First Alpha I wanted to introduce something new, and to throw in a religious angle to mix it up a little.