You are here: Products The End of Hatred by Rebecca Hefner 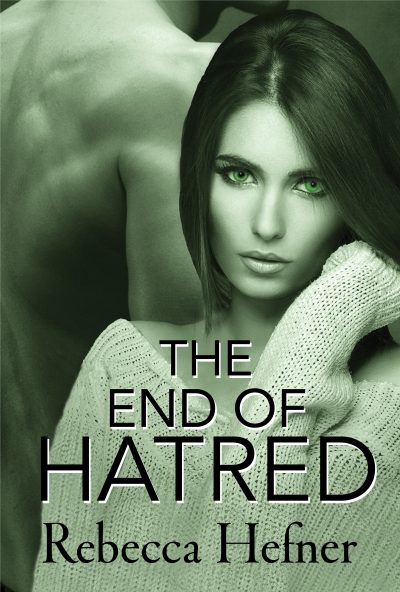 The End of Hatred by Rebecca Hefner

These are dangerous times on Etherya’s Earth…

Slayer Princess Miranda, heir to the throne, has hated the Vampyres for a thousand years. Since the Awakening, she’s fought to protect her people, choosing to be a warrior more than a royal. When a female Vampyre washes up on the shore of her compound’s riverbank, she seizes the moment to take the offensive.

Sathan, King of the Vampyres, distraught at his sister’s disappearance and captivity, agrees to travel with Miranda to resect the Blade of Pestilence, also hoping to change his people’s state of endless war. Although the woman hates him due to the constant raids on her compound for the Slayers’ life-giving blood, he can’t help but admire the stubborn and strong princess.

As their journey progresses, both begin to understand that they are aligned in their hatred of Crimeous, leader of the Deamons, as well as their hope for peace between the Slayers and Vampyres. Determined to fight their growing attraction, they forge a tentative truce. But old wounds run deep and trust is scarce. Their faith in each other must remain strong or all will be lost…

Rebecca Hefner grew up in Western NC and now calls the Hudson River of NYC home. In her youth she would sneak into her mother's bedroom and raid the bookshelf, falling in love with the stories of Judith McNaught, Sandra Brown and Nora Roberts. Years later that love of a good romance, with lots of great characters and conflicts, has extended to her other favorite authors such as JR Ward and Lisa Kleypas. Also a huge Game of Thrones and Star Wars fan, she loves an epic fantasy and a surprise twist (Luke, he IS your father). One day, over a decade ago, she began writing her own stories and recently mustered the courage to leave her corporate medical device sales job and become a full-time author. She would be thrilled to hear from her readers any time at [email protected]

I began writing romances because of my deep love for other books in the genre. That's honestly why. I've been reading romance books almost my whole life and many years ago some characters appeared in my head. I knew I had to write down their stories and now, over a decade later, I'm so thrilled that they can exist in others' heads too! I also love lots of steam but really need a genuine story first to see how the characters fall in love. I'm not knocking insta-love, as those stories are super-fun, but I find I need something more realistic and try to embed my characters with those stories. Also, who doesn't love a good romance trope? My books range from "enemies to lovers" to "star-crossed lovers" to "tortured, reformed heroes". Some of my favorite themes!