You are here: Products The Edge of Forever by J. Saman 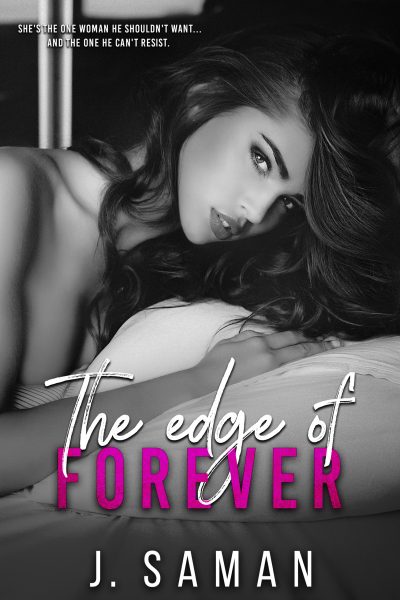 The Edge of Forever by J. Saman

Weston Kincaid was my first…everything.
My brother’s best friend should have come with a warning label.
The man was a cautionary tale and we were the ill-fated cliché.
The star quarterback to my loner art geek.
But I didn’t listen. Not to the warnings. Not to my instincts.
I fell, and I fell hard.

Then he left and I was forced to pick up the pieces of my broken heart.

A decade and a lifetime later, he’s back.
Only instead of being the star jock, he’s now a surgeon.
A sexy, irresistible surgeon who happens to save my friend’s life. As if all that isn’t bad enough, he has it in his determined, arrogant head that we should pick up where we left off.

But this time, it’ll take more than devouring looks and the rush of his touch to temp me back into his bed.
And my heart? Not an option.

He’s about to figure out, I’m not the same girl he left behind.

Be the first to review “The Edge of Forever by J. Saman” Cancel reply