You are here: Products The Doxy’s Daybook by Sable Jordan 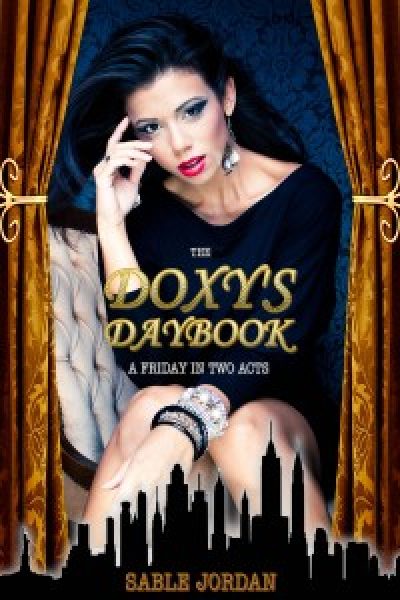 The Doxy’s Daybook by Sable Jordan

Rosalind “Roz” Hayes was born to be a star, so when she chased her passion from her daddy’s little clapboard church to the hustle and bustle of Manhattan, she expected to see her name in lights over the big city. But Broadway’s dark and dreary without the sparkling Julliard credentials to brighten the way.

Determined to let nothing keep her from her dreams, Roz writes a play of her own: a one-woman show where naughty fantasies are spun into filthy realities for private audiences throughout the city. A show so wildly successful, it’s been running for twelve years straight.

Until this Friday, when Roz becomes a costar in someone else’s production.

Can our talented actress rise to the occasion, or will stage fright bring the curtains down once and for all?

I’m all about INKing stories with LOVEABLE characters, riveting PLOT, and STEAMY SEX scenes. Other tidbits about me: I’ve got a degree in biology from UC Berkeley (Go Bears!), I’m a certified massage therapist, and a licensed bartender who hasn’t quite mastered the art of getting drunk. I’m mother to two wonderful pit bulls, and I’m currently working on the design for my next tattoo.

The pacing here is much different than my other work, and I went back and forth over what to change and where to speed up. But Roz wouldn’t budge, just kept doling out act after act in a very deliberate and unapologetic manner. Ultimately, I’m so glad I didn’t change anything because I think the story turned out stronger for it.