You are here: Products The Doctor’s Inn: A Private Practice by Nataisha Hill 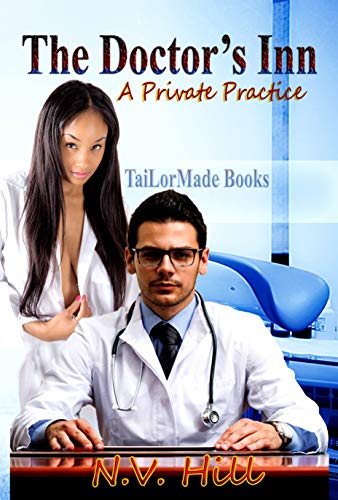 The Doctor’s Inn: A Private Practice by Nataisha Hill

What a Complicated Web We Weave!

With the purest intentions in love, we sometimes fall into an unexpected snare of deception…

There isn’t a better way to describe RosaBella’s introduction of romance with the good doctor.
Dr. O’Donnell continues to take RosaBella to different heights of exoticism and companionship beyond her experiences. The indecencies in their separate personal lives that have repelled them have coincidentally brought them together.

Despite her tragedies, RosaBella found the endless and unconditional love that she yearned for. The luster that she has found in the good doctor is provocatively explosive. It’s a tantalizing distraction that prohibits them from noticing the prominent danger that lies before them.

Writing urban fiction is my passion. My writing career began once I started writing articles on multiple topics for different websites, but I hadn't yet established myself as an author.

Through my college years, I learned and absorbed useful information regarding skin nourishment, hair care products, and natural remedies in addition to being anxious to express my creativity and experiences in the African American Romance genre.

I published my first Romantic Suspense novel "Partially Broken Never Destroyed" in 2012, which was when I took on the title of being an Authoress. Be sure to check out all five parts of this Urban Thriller series and visit my website.

Simply a passion to enter into a different genre

After a hard day’s work, Brad returned home to start his usual routine of shaving, showering, and watching television. He was thankful that Jenna was out on an audition because he didn’t feel like resuming the argument from earlier. He flicked through the channels, but he couldn’t find anything that peeked his interest.
He had almost forgotten how peaceful it was in Jenna's absence. As soon as he settled on a show, he drifted into a quiet slumber.
About an hour or so later, he heard the door slam shut. Jenna walked in on her phone nagging to someone about how she wishes a director would drop dead. She purposely dropped the multiple bags she was carrying between her arms onto the floor. Her presence was comparable to a serene sunset being interrupted by a gusty thunderstorm. Instantly annoyed, he turned off the television and walked up to the bedroom.
"I can't believe that your just gonna leave my bags downstairs on the floor." Jenna complained, after following him upstairs.
Normally he would respond to her, but he didn't. Not only was he sick of the senseless arguing, but there something else. It was something about seeing that rare beauty in his office earlier that swayed his attention in a different direction. He began to recall her smooth skin and those curvaceous hips. He wondered how both pair of her lips would taste. His fantasizing had gotten him so worked up that he couldn't contain his hormones.
Brad grabbed Jenna who was still standing by the door on the phone. He ended her call and threw the phone on the bed. He pulled her toward the edge of the bed and swiftly bent her over as he pulled up her dress.

Be the first to review “The Doctor’s Inn: A Private Practice by Nataisha Hill” Cancel reply