You are here: Products The Doctor & The Vampire by Dara Moats 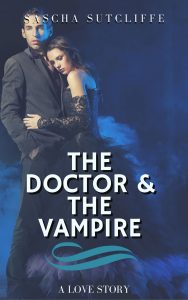 The Doctor & The Vampire by Dara Moats

Dr Alexa Ramirez is shocked to find the alluringly sexy Dane Thorne unconscious outside her clinic. She saves his life and is drawn to this enigmatic man in ways she can’t explain.

Sasha Sutcliffe lives in Montreal, Canada with her musician boyfriend and four dogs. She spends most of her day fighting with her curly hair.