You are here: Products The Devil’s Dream: A Dark Romance by Roxy Sinclaire 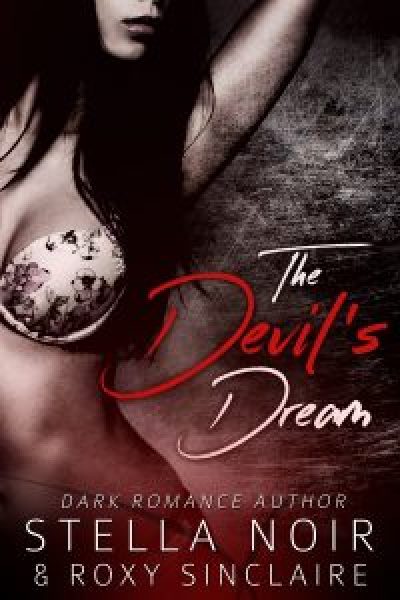 The Devil’s Dream: A Dark Romance by Roxy Sinclaire

From the bestselling authors of Her Godfather comes another dark romance

Evil can be very attractive…

Kiana Taylor’s life is spiraling out of control. Plagued by insomnia and dark memories, she is on the verge of insanity. She sees a sexy doctor on TV, promising a way to solve her problems, so she pays him a visit, deciding she has nothing to lose. He is willing to help, taking her on as a subject in his sleep study. How much trouble can a psychiatrist be?

Dr. Stavros Kane comes alive when Kiana steps into his office. She is perfect for his study, but not for the reason that she thinks. He wants her and he will use her problem as a way to get closer.

When Kiana begins to suspect that she is a part of more than a harmless sleep study, she starts to investigate Dr. Kane. What she discovers makes her want to run, in order to save her very soul. He takes her on a dark, dangerous, all-consuming carnal ride. She knows that she needs to get out of the devil’s clutches. But does she really want to get away from him?

This is a dark romance novel with NO cliffhanger and NO cheating. Intended for audiences 18+ and NOT for the fainthearted. Contains situations of an adult nature some readers might find objectionable.

Bonus book included, Her Godfather, for a limited time!

Roxy Sinclaire writes steamy, suspenseful romantic stories as the main genre, and this includes a variety of different topics. Some of these include dark romances, action packed romances, mafia romances, and many more. She currently works in customer relations in New York City, but is trying to fulfill her passion in writing and eventually have her dream job become a reality.

Be the first to review “The Devil’s Dream: A Dark Romance by Roxy Sinclaire” Cancel reply