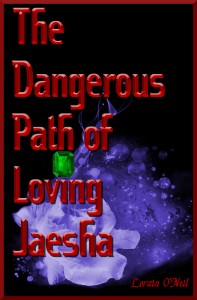 [Wicked Warning: Though a love story with a positive ending, this novel contains graphic scenes of sex and violence.]

Logical. Efficient. The way he wants it.

That’s what successful businessman Kenneth Stone confidently believes of his life as he strides into the studio of Jaesha Hampstead to get his regrettably slashed girlfriend-departed portrait restored. But dang! Before Kenneth knows it he’s posing in his office for Jaesha to create a new one.

When Kenneth’s financial advisor arrives and Jaesha shrieks like a banshee moaning that the man is there to rip Kenneth off millions in a Ponzi scheme, Kenneth discovers there’s a whole lot more to Jaesha than just paintbrushes. And that whole lot more would make a mighty fine business asset. Moreover, Kenneth Stone has a secret little talent of his own, a secret that could bind Jaesha to him regardless of her feelings on the matter.

Kenneth crafts a brilliant plan for the seduction of his little Picasso not knowing that while he may be a born boss, Jaesha is a born saboteur.

The Dangerous Path of Loving Jaesha is 85,000 words long and is written in the genres of magical realism/humor/erotic romance and is intended for an adult reader.