You are here: Products The Closet (Summerset Tales #1) by Jac Wright 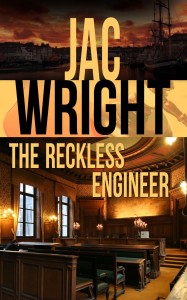 Love is a battlefield. Who will get out of it alive?

​​Harry Duncan Wood runs a hotel in the historic city of Bath with his beautiful young wife. When he falls in love with Mill House, an old greystone farmhouse on the banks of river Avon among the soaring hills of Somerset, and sets about moving his family there, the first appearances of the cracks in the marriage take him by surprise. Is his wife seeing another man? Duncan needs to get to the bottom of the affairs for his own sanity. Sometimes, however, ignorance is bliss and will also keep everybody alive.

The Closet is written in the tradition of Charles Dickens’ The Pickwick Papers and Thomas Hardy’s Wessex Tales as the first in the collection of literary short fiction. The tales have an added element of suspense similar to the works of Roald Dahl. The Closet accompanies the first title in the author’s full-length literary suspense series, The Reckless Engineer, published by Soul Mate Publishing, New York.

Jac also writes the literary short fiction series, Summerset Tales, in which he explores characters struggling against their passions and social circumstances in the semi-fictional region of contemporary England called Summerset, partly the region that Thomas Hardy called Wessex. Some of the tales have an added element of suspense similar to Roald Dahl’s Tales of the Unexpected. The collection is published as individual tales in the tradition of Charles Dickens’ The Pickwick Papers and Thomas Hardy’s Wessex Tales. The first tale, The Closet, accompanies the author’s first full-length literary suspense title, The Reckless Engineer.

In The Reckless Engineer I hardly give my protagonist a voice; the effects of the love affair is looked at from the viewpoints of everybody around him. In The Closet, however, I am right inside his head, letting you know how it feels for him – the angst, the fear, the doubts, and the overriding passion that compels him to act in spite of the those around him and his own conscience pulling him back.

Harold Duncan Wood leaned his weight forward against the screeching, wailing winds and pulled the two sides of his unbuttoned gray woollen coat, flapping in the fierce gusts of wind like the wings of some dark angel, tightly around himself as he made his way around to the front of the farmhouse. The wind was rolling heavy black clouds up from the valley like massive bales of hay, and it was bringing with it the first icy drops of rain that beat against his face like frozen pebbles. The five foot wide pebble path along the right side of the house (when viewed from behind) offered an unsteady foothold for his muddy oxblood boots and he felt himself almost pushed backwards by the rough wind, even though he must have been leaning a good acute angle into it, as if it were trying to force him back with the howling admonition that his journey here today was not a good idea. Duncan though had a pulsing pain in his heart and a low rumbling rage in his gut. He needed to get to the bottom of the affairs. He snapped two buttons of his coat into their buttonholes with determined effort, clutched at the strap of the bag strung over his shoulder, and pressed on.