You are here: Products The Claimed Queen by E.M. Jaye 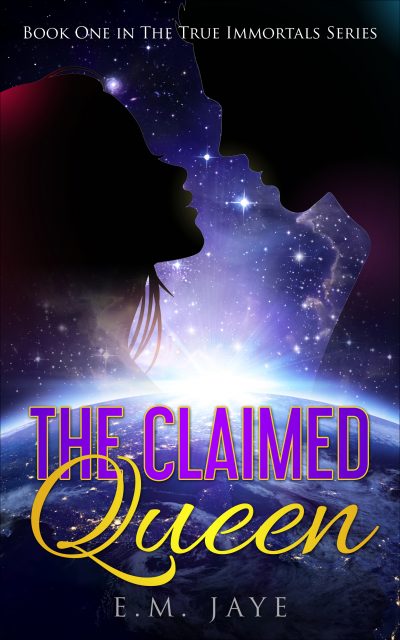 The Claimed Queen by E.M. Jaye

She feared enslavement. He craved so much more.
For twenty years, Danion the Warrior King has waited to claim his Queen. He has fought the matebond madness for as long as he can stand. Finally, she is ready.
He is done waiting. He will claim his mate. He will make her his. He will claim his Queen.
Join Eleanor and Danion on their quest to save the galaxy, defeat a foe, and find love. Their path is fraught with danger, but if they can survive the war they just might save each other.

E.M. is an avid reader, reading everything she could get her hands on her whole life. She has a passion for storytelling and science. A former science teacher, E.M. has always enjoyed finding ways to explore the world around her and share her joy with the world.

E.M. always strives to put some true facts into her books, so that while you are enjoying a wonderful story, you are also learning without realizing it. A book is not a book without romance, so every book that E.M. writes is packed full of romantic suspense.

When E.M. is not writing, she is running, biking, or taking her little one to the park. Her favorite people in the entire world are her husband and daughter, who supports her in her writing career. Never complaining when she is cranky because the muse was strong and she stayed up until four A.M. putting words on the page.

I have been a reader for as long as I can remember, and I always wanted to write my own. This is a storyline that I have been thinking of for over a decade. Finally, I decided to begin drafting the story out so that I could share this with the world and hope that the world finds it as intriguing and special as I have.

Be the first to review “The Claimed Queen by E.M. Jaye” Cancel reply