You are here: Products The Choices I’ve Made by J.L. Berg 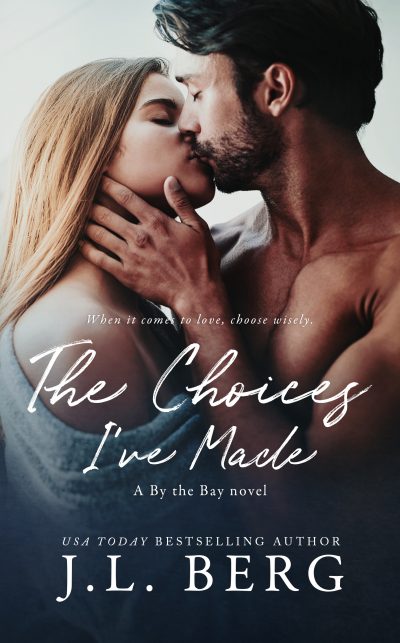 The Choices I’ve Made by J.L. Berg

Jake Jameson walked away from his former life a long time ago, but a death in his family forces him to return–to the demons that haunt him, to the town he swore he’d never return to and the woman he left behind. Can Molly forgive the choices he’s made or are some things better left in the past?

J.L. Berg is the USA Today bestselling author of the Ready series, the Walls series, the Lost & Found series and more. She is a California native living in the beautiful state of historic Virginia. Married to her high school sweetheart, they have two beautiful girls and two pups. When she's not writing, you will find her cuddled up, watching a movie with her family, obsessing over fandoms or devouring anything chocolate! J.L. Berg is represented by Jill Marsal of Marsal Lyon Literary Agency, LLC.

Since moving to the East Coast, I've always been fascinated with the Outer Banks of North Carolina. Ocracoke Island is especially interesting because it's so isolated. I loved the idea of creating a small town series there, filled with wonderfully deep character I knew readers would fall in love with,

Be the first to review “The Choices I’ve Made by J.L. Berg” Cancel reply